The assets also included investments, jewelry and works of art, a document posted on the president's website showed. 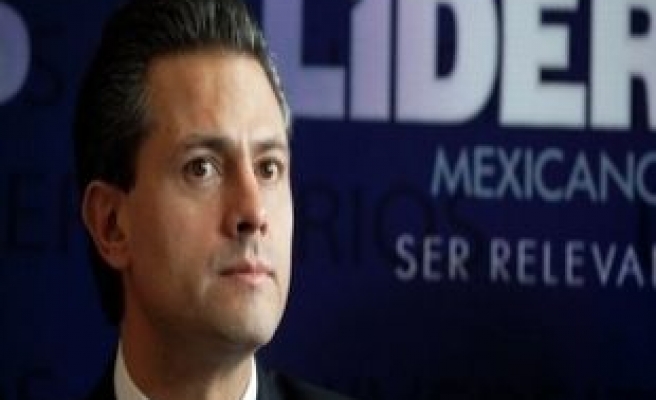 The assets also included investments, jewelry and works of art, a document posted on the president's website showed.

Owned by a government contractor that was bidding for a lucrative rail contract, the nearly $4 million house at the center of the scandal was being acquired by Pena Nieto's wife.

First Lady Angelica Rivera, a former leading actress, said she was paying for the property with her own earnings, but on Tuesday said she would give it up.

The contractor, Mexican company Grupo Higa, was part of a Chinese-led consortium that won the $3.75-billion high-speed rail contract. That deal was abruptly canceled earlier this month.

Rivera was one of Mexico's most popular soap actresses before marrying Pena Nieto in 2010. Also on Tuesday, she said that in that year she was paid severance of 102.8 million pesos by broadcaster Televisa.

Televisa reported to the U.S. Securities and Exchange commission that it paid 98.4 million pesos in 2010 for "retirement and termination benefits" for the entire company.

Reuters could not immediately ascertain if Rivera had been paid from the same pool of cash, and analysts said she could have been paid from a non-consolidated subsidiary.

Televisa and the president's office did not immediately respond to questions about the difference.

Rivera's explanation and details of the payout spurred ridicule across social media on Wednesday.

Many users plastered jokes over her image, some suggesting the payout was way out of line with industry standards. Ana de la Reguera, a former Mexican soap star now working in Hollywood, joked on her Twitter account that she never should have left Mexico.

Rivera said her salary proved she could afford the home, but other social media users said this glossed over whether Pena Nieto had questions to answer.

"The problem was never Angelica Rivera's patrimony, but the conflict of interest. Her husband is the one who should be facing up to this," wrote political columnist Jesus Silva-Herzog.

The government canceled the rail contract days before a local news outlet published an investigation into the house.