Mining companies ordered to return land to natives in Colombia

The ruling, the first of its kind in the Andean nation, restores the territory in Choco department to the 7,270-person Embera Katio tribe, which inhabited the area before it was forced out 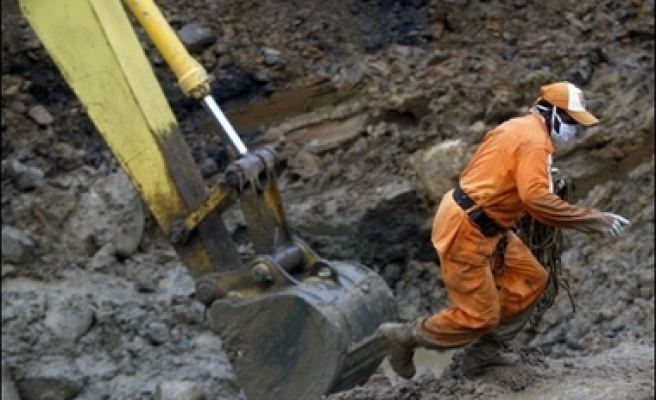 A Colombian legal tribunal has ordered 11 companies to halt gold-mining operations in a 50,000-hectare (124,000-acre) reserve in the northwest of the country and return the land to the native tribe that previously lived there.

The ruling, the first of its kind in the Andean nation, restores the territory in Choco department to the 7,270-person Embera Katio tribe, which inhabited the area before it was forced out by mining activities and violent illegal armed groups.

Choco, located on the Pacific coast, is strategically valuable to drug traffickers, Marxist guerrillas and right-wing paramilitary groups. The Embera Katio were victims of killings and forcible recruitment when they lived there.

"The natives who inhabited the reserve ... were forcibly displaced to large urban centers," reads the ruling, to which Reuters has access.

The government awarded mining concessions in the Bagado municipality beginning in 2008 and received applications to conduct operations in some 31,000 hectares, 62 percent of the reserve, the ruling said.

The decision orders the National Mining Agency, in coordination with the military, to "remove people from outside the community who are carrying out mining activities within the reserve."

The ruling annuls any titles and concessions to the area held by companies, which include South Africa's AngloGold Ashanti.

AngloGold Ashanti would not comment in detail but said it shares concession in the area with other mining companies and does not operate there directly.

Other companies named in the ruling include local Exploraciones Choco Colombia, Gongora and El Molino.

The decision requires the government to reinstate the Embera Katio's land rights and aid the tribe in their return to the area, including making improvements in security.

According to the United Nations and human rights groups Colombia has 87 different native tribes, with around 1 million members, who are at risk of disappearing, due largely to the country's half-century armed conflict which has killed over 200,000 people and displaced millions.