Llorenti, a close presidential ally who had become a focus of opposition-led criticism over the police response, said he decided to step down "because I don't want to become a tool for the right." 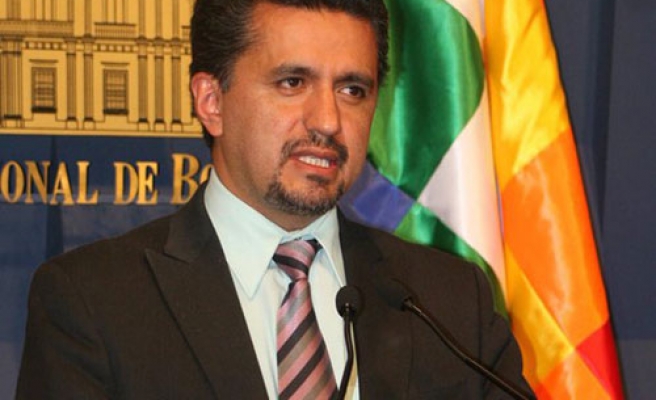 Bolivia's interior minister resigned on Tuesday as leftist President Evo Morales battled to limit political damage from a police crackdown on protesters opposed to the construction of a road through the Amazon.

Interior Minister Sacha Llorenti is the second member of Morales' Cabinet to resign since police broke up the monthlong march in a weekend raid condemned by opposition leaders, the ombudsman and several government officials.

Morales' defense minister quit on Monday to protest the operation, which prompted Morales to suspend work on the 185-mile (300-km) highway until a referendum is held in the two provinces that the road will link.

Llorenti, a close presidential ally who had become a focus of opposition-led criticism over the police response, said he decided to step down "because I don't want to become a tool for the right."

Students and community activists took to the streets of many towns and cities to show solidarity with the Amazon road protesters on Tuesday, intensifying pressure on Morales.

"I want to know where these dead people are," he said, though he did apologize for the handling of the protest.

"On my own behalf and the government's, many apologies," he said in a speech.

Strong opposition to the government's road plan has proved especially uncomfortable for Morales because it was led by Indian communities who normally back his pro-indigenous reforms.

Morales, Bolivia's first president of indigenous descent, peppers his speeches with references to Mother Earth, but the highway has tested his priorities.

He says the $420 million road, which neighboring Brazil will help finance, is vital to economic development in one of the countries most isolated regions.

Center-right opposition leader Samuel Doria Medina said Llorenti's surprise resignation showed the government was "in a profound crisis because of the cruel attack on the indigenous demonstrators."

"The president's credibility has been damaged and in order to reverse that, the only thing he can do is change his cabinet," Doria Medina said.

Protests are common in the natural gas-exporting country, but tensions that toppled two governments in 2003 and 2005 have eased since Morales was elected in late 2005 on pledges to give more political power to the poor, indigenous majority.