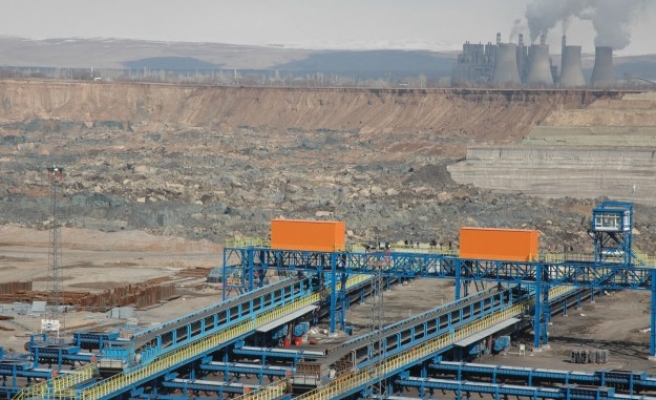 That includes the $5 billion Conga mine owned by Newmont Mining Corp in Cajamarca, where firebrand leader Gregorio Santos – whose protests in 2011 stalled operations – held 46 percent, in an early count by pollster Ipsos.

Contenders in Apurimac and Ancash, Michel Martinez and Waldo Rios, both received the most votes, but below the 30 percent avoiding a November runoff.

The outcome may reduce Peru’s gross domestic product by 1.5 percent this year and in 2015, and forego as much as $18 billion factoring in a multiplier effect, Mendoza added.

Mining makes up 15 percent of output and two-thirds of exports in the top global producer of gold, copper and zinc.

Slumped demand for raw materials has weighed heavily on the economy, seeing it cool to its slowest rate for five years in June, expanding just 0.3 percent.

Peru’s central bank has revised a series of forecasts and now projects the economy to now expand just 3.5 percent this year, rising to 5.5 percent in 2015.

The contested three states make up $23 billion of mining investment, more than a third of the $61 billion committed up to 2020, according to the Energy and Mines Ministry.

Peru’s extractive industries have been integral in slashing poverty from 60 percent in 2004 to 24 percent in 2013, and buoying related sectors.

But they remain a source of great controversy, through environmental contamination and the displacement of indigenous communities.

Apurimac and Ancash had the highest number of social conflicts in the country.

Protests in 2011 at the opencast Conga gold mine were centered on alleged polluted water supplies, and nearby to Newmont’s Yanacocha mine – one of Latin America’s biggest – which has also seen violent demonstrations.

Controversially, Cajamarca’s likely-winner, Santos is currently jailed on corruption charges, which he denies, though hasn’t been prosecuted. If found guilty, he will be demoted to vice-governor.

Peru’s legal system has been criticized for allowing detained citizens to vote.

Juan Jose Marthans, an economics professor at the University of Piura, told The Anadolu Agency (AA) the legal system was “worrying” and should be changed.

He did expect the projects to eventually go ahead.

“The government must develop a very proactive communication strategy in all of these regions, so that the benefits developing these projects directly or indirectly are visualized for communities.”

Santos had “whitewashed public opinion” due to the poor communication of the state and mining firms.

A chief executive of a foreign mining firm operating in separate regions downplayed the state governors’ influence, but blamed the gridlock on central government inaction.

“It’s more a lack of stability of ministers as well as a lack of direction. Nobody wants to take the risk of signing contracts if they don’t go anywhere, as they may get crucified afterward,” the source told the AA.