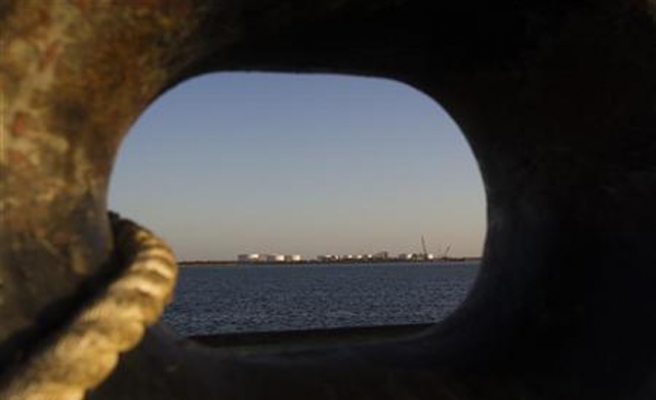 A North Korean ship detained near the Panama Canal for holding Cuban weapons is free to go after the ship's representatives on Saturday paid a $693,333 fine to the Panama Canal Authority, the authority said in a statement.

The return of the Chong Chon Gang to North Korea would end part of a bizarre case involving the three countries that provoked international controversy.

The ship was seized in July for smuggling Soviet-era arms, including two MiG-21 aircraft, under 10,000 tons of sugar.

Since then, the ship has been moored at the Manzanillo International Terminal on Panama's Atlantic side while the canal authority waited for the payment of at least two-thirds of the $1 million fine it imposed for trying to traffic illegal weapons through the waterway.

Panamanian prosecutors last week dropped charges against 32 of the 35 crew members and they were transferred into the custody of immigration officials.

The three highest-ranking crew members, including the captain, are being charged with weapons trafficking, prosecutors said.

They concluded the three had a "clear involvement" in smuggling the Soviet-era arms, including the two MiG-21 aircraft, 15 MiG engines and nine anti-aircraft missiles.

The prosecutors' decision was based on interviews with the crew and translations of key documents found in the ship.

Panama's Foreign Minister Francisco Alvarez de Soto did not immediately return calls or messages Saturday and it was not clear when the ship or the crew would leave Panama.

The U.N. Security Council has yet to decide on penalties against Cuba because of a seven-year-old ban against arms transfers to North Korea due to the country's nuclear weapons program.

A preliminary report, presented by a panel of experts to the Sanctions Committee at the U.N. Security Council and given to Panamanian authorities last August, concluded the shipment "without doubt" was a violation of U.N. sanctions.

Panamanian officials have said the arms will likely be sold or given away and the sugar sold to companies interested in turning it into ethanol.

The North Korean crew sabotaged the ship's electrical system and bilge pumps after Panamanian investigators stopped the ship near the Atlantic entrance to the Panama Canal on suspicion it was carrying drugs after leaving Cuba.

After the arms were discovered hidden beneath the sugar, Cuba acknowledged it was sending 240 tons of "obsolete" Soviet-era weapons to be repaired in North Korea and returned to Cuba. Cuban officials told Panama the cargo was a donation of sugar for the people of North Korea.