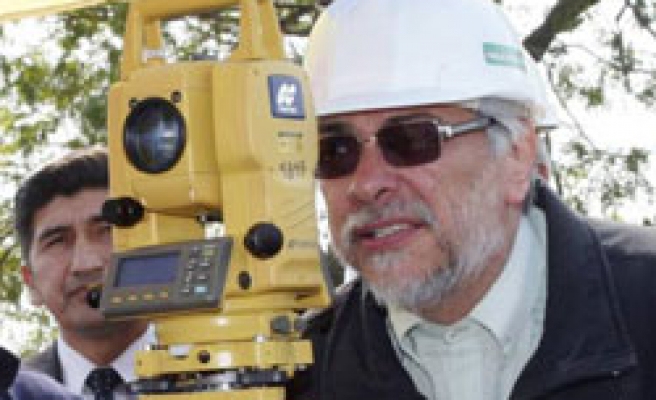 Paraguayan President Fernando Lugo's lymphatic cancer is more advanced than initially thought, but the chemotherapy he will undergo should not affect his ability to do his job, one of his doctors said on Monday.

Lugo, a former Roman Catholic bishop, took office as president of the poor, soy-exporting nation two years ago for a five-year term.

A biopsy carried out on a gland in his groin last week revealed Lugo was suffering non-Hodgkin's lymphoma, a cancer that originates in the lymphatic system, the disease-fighting network spread throughout your body.

Doctors have since discovered additional tumors around his diaphragm.

"It's more advanced ... but 80 percent of the time these types of lymphomas are in advanced stages," said Alfredo Boccia, one of Lugo's doctors.

Lugo's diagnosis has generated speculation in Paraguay that he may not be able to conclude his term, which ends in August 2013, although most politicians shied away from commenting on his future.

Argentine oncologist Manuel Garzon, who is not treating Lugo, told Reuters that people suffering from the disease generally have a good chance of leading a normal life.

That said, the chemotherapy could affect Lugo's ability to carry out his duties as president, he added.

"It makes sense for him to slow down because chemotherapy calls for less activity, it's a small handicap," Garzon said.

Lugo, 59, went about his business as usual on Monday, meeting with ministers and businessmen and checking the progress of public works in the capital Asuncion.

Communications Minister Augusto Dos Santos said Lugo was "very optimistic" about his prospects to beat cancer and that he is planning to have chemotherapy sessions on the weekends so that he can work as normal during the week.

He will travel to Sao Paulo on Tuesday for further tests.

Boccia said Lugo will have to undergo six chemotherapy sessions over the course of 18 weeks and that the illness should not affect his decision-making ability, because lymphoma is less aggressive than for other types of cancer.

Tests carried out in the United States on the gland removed from Lugo's body last week show the kind of lymphatic cancer he is suffering from would spread slowly and is "easily curable," Health Minister Esperanza Martinez said on Monday evening.

Vice President Federico Franco, who is first in line of succession and frequently clashes with Lugo, said he would not take advantage of the illness to try to take over the presidency.

"My commitment is to the president and the people of Paraguay. The president can rest assured I will respect that," he told Paraguayan radio.

Lugo and Franco are ideologically at odds, but formed an alliance to run for office. Since winning, they have clashed publicly over Lugo's leftist policies.