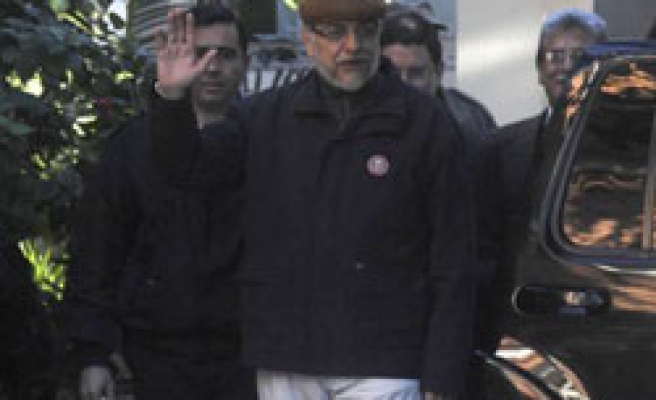 Paraguayan President Fernando Lugo has lymphoma, but an early diagnosis means there is a good chance the cancer can be treated successfully, his doctors said on Friday.

Lugo, a former Roman Catholic bishop, took office as president of the poor, soy-exporting nation two years ago and he has been weakened by a string of paternity scandals.

His doctors said a biopsy carried out this week revealed Lugo was suffering non-Hodgkin's lymphoma, a type of cancer, but the cancer was in its early stages.

Lugo, who quit the church to run for the presidency three years ago, has been under pressure in recent months due to murders and kidnappings blamed on a small armed group operating in remote northern areas bordering Bolivia and Brazil.

Paraguay, the world's No. 4 soy supplier, has been rocked by sporadic bouts of political unrest and several coup attempts since democracy was restored in 1989, after a 35-year dictatorship under General Alfredo Stroessner.

The landlocked country is one of South America's poorest and is also known as one the most corrupt, with a thriving market in contraband.

Health Minister Esperanza Martinez said Lugo, 59, would be able to continue his official business as usual although he will travel to a clinic in Sao Paulo, Brazil on Tuesday for further tests.

"Early studies carried out on the gland taken from President Fernando Lugo showed the existence of a malignant illness called lymphoma," one of his doctors, Jose Ballesai, told a news conference.

Chemotherapy can be used to treat the cancer, said another of the president's doctors, Alfredo Boccia.

Non-Hodgkin's lymphoma is a cancer that originates in the lymphoid tissue that makes up the lymph nodes, spleen and other organs of the immune system, with tumors developing from white blood cells. It is more common in men than women.

Lugo, whose term runs out in 2013, underwent surgery earlier this year to treat a swollen prostate.