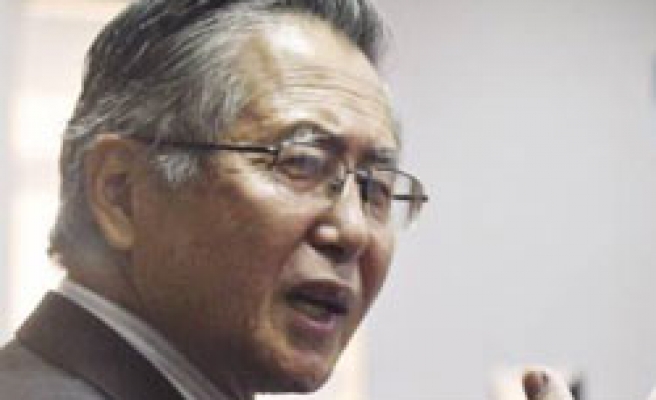 The Supreme Court rejected an appeal for disgraced former President Alberto Fujimori to serve the rest of his 25-year jail sentence under house arrest.

In an expected move, the country’s highest court ruled that Fujimori's prior conviction barred him from having the terms of his sentence changed.

“House arrest is the legal procedure for when the defendant that has allegedly committed the crime is in a state of being charged, prosecuted, or investigated,” the court wrote in a document published by Ideeleradio.

The ex-leader’s defense team argued for the revision on health grounds, to better administer his treatment for mouth cancer and depression.

“I will breathe my last breath before completing my sentence, as I don’t believe I will survive to 95,” the frail 76-year old said at a Nov. 7 hearing on the outskirts of capital of Lima where he is held.

Fujimori was being denied rights typically available for other prisoners at this stage of sentence, defense attorney William Castillo said.

“His political enemies, because here it has to do with politics, want him to leave [prison] dead.”

Doubts had been expressed over the impartiality of the judge presiding over the case, stoking concern, though improbable, that Fujimori might be released.

Executive director of the Pro-Human Rights Association, Gloria Cano, said justice Villa Stein harbored a bias against human rights groups and colleagues that convicted Fujimori in 2009 for crimes against humanity.

“We are worried that the sentence revision will be declared justified and they order a new oral trial or they absolve him,” Cano said in comments reported by Lima daily El Comercio before the hearing.

The president of Japanese descent was jailed for two episodes of killings, during the government’s fight against leftist rebels in the 1990s.

In 1991, 15 people were killed at a barbeque in Lima known as the Barrios Altos massacre, as security forces looked for members of the Shining Path terrorist insurgency.

A year later, nine students and a teacher from La Cantuta University were killed. In both cases none were terrorists.

Fujimori is a divisive figure in Peruvian society, with hardcore supporters who credit him with extinguishing a brutal armed conflict that left 69,000 dead.

His daughter Keiko Fujimori is the leader of the largest opposition party, and has previously said she would pardon him if elected president.

Fujimori fled Peru in 2000 to his parents’ home in Japan after winning a rigged election and was embroiled in a corruption scandal.

In 2005, he secretly traveled to Chile, was arrested an extradited in 2007 to stand trial.

He is the first elected head of state to be extradited back to his home country, put on trial and convicted of human rights violations.