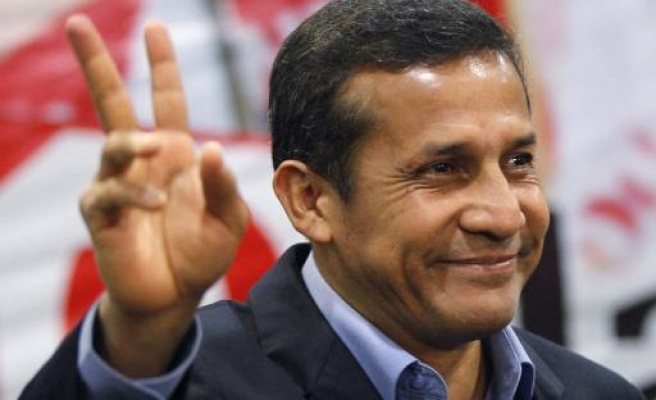 Peru's President Ollanta Humala reappointed his finance minister in a major cabinet reshuffle late on Monday that also replaced the mines minister and made the current housing minister his fifth prime minister.

Finance Minister Luis Miguel Castilla had offered his resignation to Humala earlier on Monday, three government sources said, following a spat with the outgoing prime minister over a bid to raise the minimum wage.

Castilla has helped reassure investors that Humala, a former left-leaning military officer, will continue to rely on orthodox policies to manage the fast-growing country's economy.

Cornejo, described by some as a Humala loyalist, had been housing minister since the beginning of Humala's presidency in July 2011.

Humala also replaced one of the top manager's of the country's vast mineral wealth - Energy and Mines Minister Jorge Merino - with Eleodoro Mayorga, a former petroleum economist with the World Bank.

The surprise cabinet shuffle underscores the lingering instability of the Humala government, which lurched to the right amid anti-mining protests in 2011 before veering back toward the center in recent years.

Villanueva's departure follows his public spat with Castilla and first lady Nadine Heredia - a close adviser to Humala - over whether the government was working on possibly raising the minimum wage.

Villanueva told a local newspaper last week he was coordinating with the economy ministry on a new wage law, which both Castilla and Heredia stridently denied.

Castilla's defense of Heredia and rebuttal on TV on Sunday was widely interpreted as a way to embarrass Villanueva and push him from power.

The awkward dispute has angered Heredia's critics, who say she wields too much power for an unelected official and is using her husband's presidency to launch her own political bid.

Humala has not commented on the disagreement.

Humala raised the minimum wage twice, to 750 soles ($267) per month, after being elected on promises to make sure more Peruvians benefit from Peru's status as the world's third-largest copper and silver exporter and sixth-largest gold exporter.

Castilla is widely respected by investors but criticized by leftists who voted for Humala before he turned to the right. Castilla said raising the minimum wage again would hurt small businesses.

While Castilla remains in his position, Piero Ghezzi, a former managing director with Barclays Capital who has repeatedly been rumored to replace him as finance chief, has joined the cabinet as production minister.