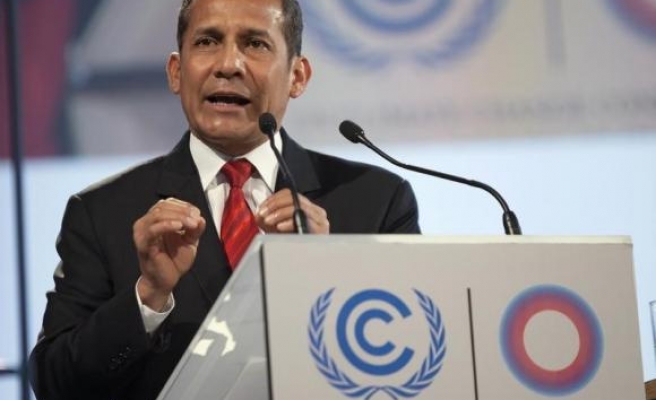 Peru's President Ollanta Humala reshuffled his cabinet late on Tuesday in a bid to placate an increasingly powerful opposition bloc as palace scandals mount and his popularity dips.

Humala swore in Rosa Maria Ortiz, the head of a government committee that grants environmental permits, as his new energy and mines minister. Ortiz is also the former head of state energy agency Perupetro.

He also replaced four other ministers but left in power his sixth prime minister, Ana Jara, whom he appointed in July.

Opposition lawmakers affiliated with former Presidents Alberto Fujimori and Alan Garcia have called for Jara to step down, arguing her leadership is ineffectual and divisive.

While they lack the votes to force her from power, defections from Humala's congressional bloc have eroded his ability to push through legislation and defend already-passed reforms.

Humala is struggling to counter a sharp economic slowdown while containing a slew of scandals, from a former campaign manager detained on corruption allegations in Bolivia to a recently reopened investigation into the first lady's finances.

Humala, a former military officer who turned to the right after being elected in 2011 on a leftist platform, has denied any involvement in wrongdoing.

He has dismissed criticism of his government as part of the political wrangling ahead of presidential elections next year, when he is constitutionally barred from seeking a second consecutive term.

Humala's approval rating slipped five percentage points to 25 percent in January on the growing perception of government corruption, according to an Ipsos poll.

Previous Peruvian presidents have governed with much lower popularity levels.

Outgoing energy and mines minister Eleodoro Mayorga came under fire for telling a group of protesters, in Peru's Amazonian region of Junin, that he would ask energy company Pluspetrol to leave the area and review its contract.

Mayorga also faced allegations, which he denied, that as minister he favored companies he once represented as a lobbyist.

Humala's outgoing minister for women faced criticism after her housekeeper revealed she had not provided her with legally mandated benefits.

Peru's flagging economy has continued to miss forecasts for a recovery over the past year. Growth rose 2.35 percent in 2014 on a drop in mining, less than half the rate posted in 2013.