Mountaineers in Chile's Andes said they found the wreckage of a missing plane that disappeared more than 50 years ago with a team of football stars on board. 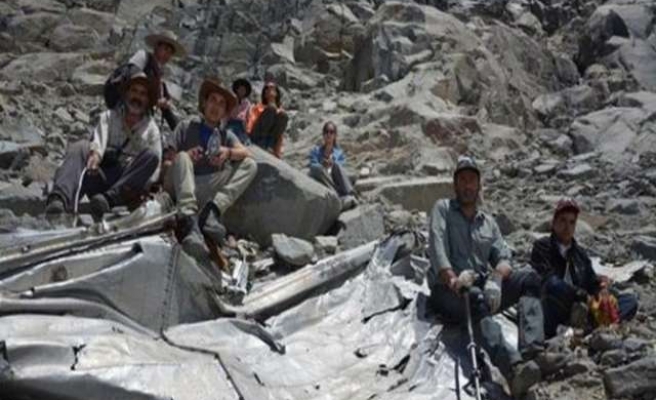 After a grueling journey up into the rarefied air of the Andes mountains, an expedition team announced it has discovered the fuselage of a passenger plane that went missing over a half century ago.

The LAN Chile Douglas DC-3 twin-propeller aircraft was reported missing on April 3, 1961, near the city of Linares, some 300 kilometers (186 miles) south of the Chilean capital of Santiago. Eight players and the coach of the top-flight Green Cross soccer club as well as three referees were among the 24 passengers traveling aboard the plane.

The airline, now part of Latam Airlines Group, the region's largest carrier, was state-owned at the time of the accident.

Rescuers found the tail end of the aircraft and some human remains a week after the crash, an official who asked not to be named told Reuters, but the recovery effort was abandoned near the snow-capped peaks due to its dangerous and remote location.

The rediscovery of the plane is shedding new light on the tragedy, and rekindling the hopes of a long-awaited farewell for some of the passengers' surviving family members.

To get to the crash site at 3,000 meters (9,843 feet) above sea level, the nine-member mountaineering team traveled two days by horseback, traversing streams and ravines, and then spent another two days climbing deep into the mountains. It took another two days to get back down.

For expedition team leader Lower Lopez, who unsuccessfully made two attempts last year to locate the plane, the third time was the charm. January to April is typically the best time of the year to climb in the Chilean Andes south of the capital.

His team found pieces of the plane, including a propeller, scattered about a rocky slope.

Several family members want to make the journey to the site themselves to pay their final respects, he said.

"They want to go up, close a chapter in their lives, see where the plane and the remains of their loved ones are," said Lopez, adding that some family members had reached out to him personally. Efforts to contact family members for this story were unsuccessful.

"If they aren't physically able, I won't go up with them ... it's too dangerous," Lopez added.