An American pilot was killed and a U.S. co-pilot seriously injured when their plane crashed 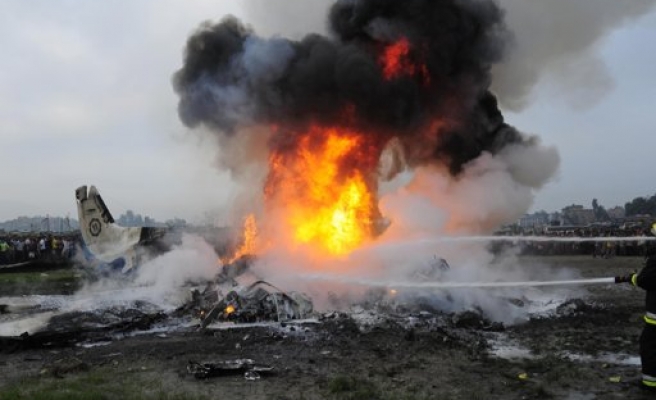 An American pilot was killed and a U.S. co-pilot seriously injured on Friday when their plane crashed while on a mission to eradicate coca plants in southern Colombia, police said.

Spraying of coca plants to combat the drugs trade has been intensified in Colombia since 2000 with support from the United States, which has provided billions of dollars to help Colombia fight guerrillas who are funded partly by revenue from cocaine.

"Preliminary information we have is that it was a mechanical failure. An American piloting the plane was killed and the one accompanying him was injured," a police source told Reuters on condition of anonymity.

The police source said the two were contractors working for companies hired by the Colombian government to fumigate coca crops. Most of those companies are from the United States, but it was not immediately clear who employed the pilots.

Officials at the U.S. embassy were not immediately available for comment on Friday evening.

The plane crashed in Caqueta province near the township of Montanitas, where the rebel Revolutionary Armed Forces of Colombia, or FARC, have a presence.

The group has been fighting the government for five decades in a conflict that began as a peasant movement seeking land reform. More than 200,000 have died in the fighting.

The Caqueta area is one of Colombia's biggest coca-producing regions. The plant's leaves, when exposed to petrochemicals, yield a paste which is refined into cocaine.