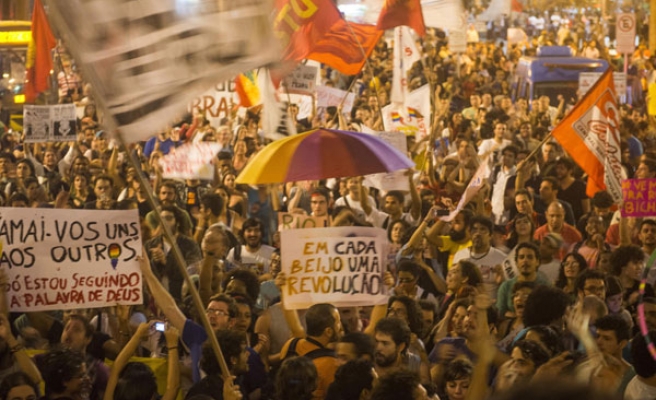 The demonstration was held on Monday near the Rio state governor’s palace after a meeting there between the pope and Brazil’s President Dilma Rousseff.

The Brazilian government has spent USD 53 million in public funds for the Pope’s week-long visit to the country, which is his first trip abroad after becoming head of the Catholic Church in March.