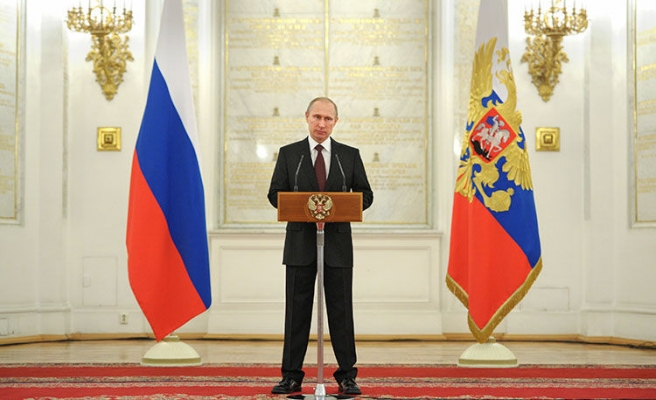 Russian President Vladimir Putin begins a six-day tour of Latin America on Friday, seeking greater influence in the backyard of the United States while under pressure from the West to help restrain pro-Russian separatists in Ukraine.

Putin's first stop is Cuba, the Cold War ally of the former Soviet Union situated only 90 miles (145 km) from the United States. He will also visit Argentina and Brazil for bilateral talks. While in Brazil, Putin will participate in a summit of emerging market nations that include Brazil, Russia, India, China and South Africa (BRICS) on Tuesday and Wednesday.

Putin was scheduled to meet former President Fidel Castro and his brother and current President, Raul Castro, both longtime foes of the United States.

He travels as Western allies pressure him to urge Ukrainian rebels to find a negotiated solution.

When the Ukraine crisis erupted in February, Russian Defense Minister Sergei Shoigu said Russia was negotiating with eight countries, including Cuba, Venezuela and Nicaragua, to build military installations such as bases or long-range refueling stations for Russian navy vessels or strategic bombers.

Military issues are absent from Putin's official agenda in Cuba, and such a provocation would represent a departure for Raul Castro, who has overseen more pragmatic relations with Washington, despite half a century of hostilities.

Putin's visit will instead feature commercial agreements, including a deal for Russian state oil companies Rosneft and Zarubezhneft to explore for offshore oil. Zarubezhneft has been involved in offshore exploration in Cuba in the past, and currently helps the country extract oil from onshore wells.

Cuba believes there might be 20 billion barrels of oil in its waters, although the U.S. Geological Survey has a more modest estimate of 4.6 billion barrels. A number of foreign companies, including Spain's Repsol SA, Malaysia's Petronas Bhd and Venezuela's PDVSA SA have drilled in Cuba without success.

Among those expected to travel with Putin is Rosneft Chairman Igor Sechin, one of the Russian executives targeted for U.S. economic sanctions because of the Ukraine crisis. The United States has blacklisted individuals believed to be part of Putin's inner circle, and Sechin, a Putin loyalist, is among the most influential people in Russia after the president.

A major oil find would inject new life into Cuba, which is desperate for foreign investment and has difficulty meeting obligations to creditors.

Russia's State Duma approved a deal last week to forgive 90 percent of Cuba's debt, or almost $32 billion, most of it originating from Soviet loans to a fellow communist state.

Even so, Cuba will find it hard to pay off the remaining $3.5 billion over 10 years, raising the possibility that Russian creditors could take equity stakes in Cuban state companies, according to diplomats based in Havana.

Putin told the Itar-tass news agency the remaining $3.5 billion would be spent on joint investment projects in Cuba.