Much of the damage from the 6.9-magnitude quake was reported in the Guatemalan border region of San Marcos 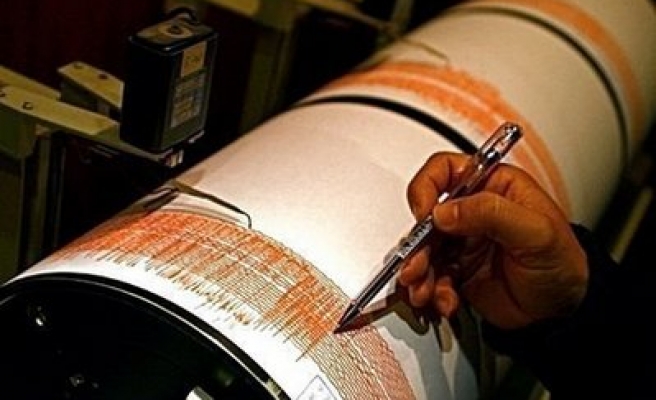 A strong earthquake shook the border between Guatemala and Mexico on Monday, killing at least five people, including a newborn boy, damaging dozens of buildings and triggering landslides.

Much of the damage from the 6.9-magnitude quake was reported in the Guatemalan border region of San Marcos, where it downed power lines, cracked buildings and triggered landslides which blocked roads.

Guatemalan President Otto Perez said the baby died when a hospital ceiling collapsed on him in San Marcos, an area hit hard by quakes in recent years. In November 2012, the region suffered a 7.4-magnitude quake that killed 48 people.

Two other people were reported dead in San Rafael Pie de la Cuesta, also in San Marcos, Perez told a news conference. And a woman suffered a fatal heart attack during the tremor, though it was still unclear whether the quake caused it, he added.

"With the reports we have so far, we can say this quake has caused moderate damage. It's not light damage," said Perez.

Thirty-three people were hurt, many with head injuries, and 41 houses were severely damaged, Perez said. A further 39 houses suffered lighter damage, and 36 people in the municipality of San Sebastian Huehuetenango were evacuated, he added.

Earlier, Alejandro Maldonado, director of Guatemalan emergency authority CONRED, said at least three people had been killed in Guatemala due to the quake.

Across the border, emergency services in the southern Mexican state of Chiapas said that two people died in building collapses.

"This quake was pretty strong. Families in the area are really scared because of the whole experience of November 2012," said San Marcos governor Luis Rivera.

Rivera said 48 homes were damaged in the local town of La Reforma, whose municipal cemetery was destroyed.

The quake was centered 14 miles (22 km) southwest of the city of Tapachula in Chiapas at a depth of about 37 miles (60 km) said the U.S. Geological Survey, which had originally reported the quake as having a magnitude of 7.1.

The quake was also felt in El Salvador.