Raul Castro has criticized his own generation for not preparing a succession, called for term limits and has made development of new leaders a priority since taking over for his brother 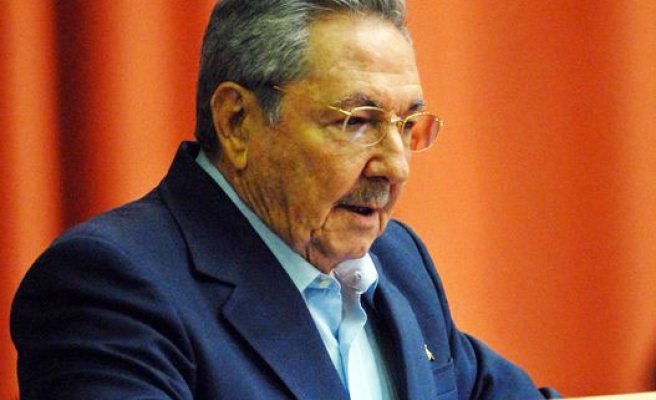 Cuban President Raul Castro assured his people on Friday that a transfer of power to younger generations had begun, in a televised address marking the 60th anniversary of the start of the Cuban revolution.

Castro spoke in the city of Santiago in eastern Cuba, where on July 26, 1953, the young Castro and a group of rebels, led by his brother Fidel, attacked the Moncada military barracks in a failed assault that sparked the movement that eventually toppled the U.S.-backed government of dictator Fulgencio Batista on Jan. 1, 1959.

At the time of the attack, Raul Castro was 22 and Fidel Castro 27.

Raul, now 82, who took over as president from his brother in 2008, spoke in front of the Moncada to 11,000 spectators, while a frail Fidel, who turns 87 next month, remained out of sight in Havana.

"Today more than 70 percent of Cubans were born after the triumph of the revolution," said Castro.

"There is a slow and orderly transfer of the leadership of the revolution to the new generations," he said, stating the changes were "based on the demonstrated preparation and capacity to maintain high the flags of the revolution and socialism."

Castro has criticized his own generation for not preparing a succession, called for term limits and has made development of new leaders a priority since taking over for his brother, who ruled the country for nearly 50 years.

In February, 53-year-old Miguel Diaz-Canel was named first vice president and in line to succeed Raul Castro, now in a second five-year-term as president.

Diaz-Canel, a member of the Party Politburo who worked his way up through the ranks over 30 years, was rarely seen on the national stage until this year. He did not take the podium at the event.

Castro and 83-year-old Jose Ramon Machado Ventura remain the first and second secretaries respectively of the all-powerful Communist Party. Who will succeed them at the next Party Congress in 2016 is still not known.

Some Cubans were encouraged by Castro's comments.

Yuleisy Carmenates, 30, a public health worker in Santiago, said that Castro offered "nothing new" in his speech, but "at the same time his words were encouraging for Santiago which needs as much encouragement as possible."

Castro said that only about 52 percent of the housing damaged by the storm has been repaired.

"I expected something different, but after so many speeches by others it was difficult to say much more," said Ramon Estrada, who sells odds and ends from his Havana porch.

Castro was preceded by the heads of state of Venezuela, Bolivia, Uruguay, Nicaragua and four small Caribbean island countries, as well as the foreign minister of Ecuador, all of whom praised Cubans and their leaders for maintaining the country's independence in the face of U.S. sanctions.

"The people of Cuba are responsible that today Latin America has stood up," Venezuelan President Nicolas Maduro said, opening the televised event in Santiago that he called a prelude to a regional summit in January in Havana.

"The Cuban Revolution is the mother of the anti-imperialist revolutions of the region and world," Bolivian President Evo Morales, next up at the podium, said.

The assault on the Moncada barracks proved a dismal failure, leaving at least 60 of the rebels dead and most of the rest, including the Castro brothers, in prison. But after their release, the Castros went into exile in Mexico, before returning by boat in 1956 to launch a rebellion from Santiago's mountains.

On Jan. 1, 1959, Batista fled the country. Soon after, the barracks became a school and July 26 a holiday dubbed the "National Day of Rebellion."