The first of three rescue drills on Friday reached 33 Chilean miners trapped for six weeks half a mile underground. 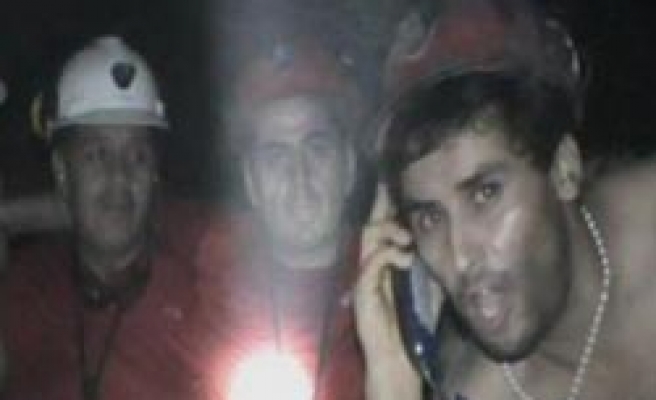 The first of three rescue drills on Friday reached 33 Chilean miners trapped for six weeks half a mile (0.70 kilometer) underground, but it will still take weeks to widen the shaft enough to extract the men.

The miners greeted the arrival of the drillhead with an exhilarated message of thanks to their companions on the surface who are working around the clock through the country's bicentennial independence celebrations.

"With all of our heart: Chi, chi, chi! Le, le, le! Miners of Chile!" they chanted in footage later sent to the surface.

Now the miners will be helping their own cause by clearing away the debris that falls into the mine as the drill bores through the mine's ceiling.

"From now on, we'll need their help because we're beginning a perforation where we need to remove material from below," rescue chief Andre Sougarret, manager of state copper giant Codelco's El Teniente mine, told state television.

Mining Minister Laurence Golborne said the latest developments have put government efforts ahead of the timeline for an early November rescue.

In one of the most challenging mining rescues ever, engineers are boring successively wider holes using three drills to reach the miners stuck since August 5 in a tunnel 2,300 feet below ground after a cave-in.

Chile's Navy has designed a rescue capsule that will be used to winch the men to the surface one by one after the bore hole reaches 28 inches in diameter -- just bigger than the width of a man's shoulders.

Chile's government brought in a team of NASA experts to help keep the men mentally and physically fit during the protracted rescue bid. They lost an estimated 22 pounds (10 kg) each during the 17 days before they were found alive.

The miners were initially sent high energy foods to boost their strength, and they are now in good health. Nutritionists are preparing traditional meat pies to help the men celebrate Chile's bicentennial on September 18.

For the workers passing up the celebrations to move along the rescue, the trapped miners had a special message of gratitude.

"We want the world to know that we're not alone, that we have our government, our workers, our companions sacrificing their days and hours and moments that they could be enjoying with their families," one miner said into a camera sent down from the surface.