8 ministries, 30 departments have been cut in a shakeup that will slash ministers' pay 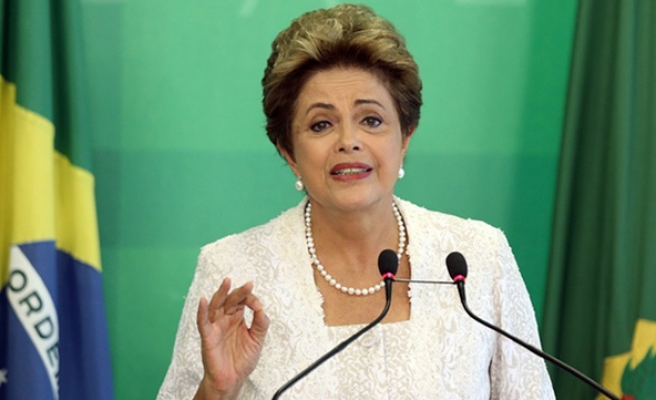 The number of ministries will be reduced from 39 to 31, and ministers' pay will be cut by 10 percent, Rousseff said in announcing a Cabinet reshuffle.

The president had been under pressure to give more power to her chief coalition partner, the Brazilian Democratic Movement Party (PMDB) that counts Vice President Michel Temer; and both congressional leaders as members.

Rousseff said the reforms would "consolidate her political base" in a bid to secure a more cooperative relationship with the lower house of Congress, which has opposed government's attempts to boost Brazil's economy by voting against or watering down certain bills introducing new taxes and reducing certain benefits and pay increases.

"By altering some of the ministers, we are making our coalition more balanced," Rousseff said, vowing the changes would herald "a climate of dialogue".

Notably, Rousseff's economic team, led by Finance Minister Joaquim Levy, has not been changed, but former Defense Minister Jaques Wagner, a staunch Rousseff ally, will take over as the president's Chief of Staff -- a position occupied by Aloizio Mercadante, who will move back to Education.

Rousseff's Workers' Party will keep nine ministries, seven other minor parties are each assigned one, and the remaining eight ministries will be led by ministers not affiliated to a political party.

The PMDB increases its quota of ministries to seven, with the appointment of Marcelo Castro to the health brief, which has the largest ministerial budget and is seen as a powerful political bargaining chip.

The reforms have amalgamated some departments to create two new ministries – a Ministry of Work and Pensions and a Ministry of Citizenship, which brings together women's rights, racial equality and human rights.

Although the government had previously spoken of axing 10 ministries, the reforms -- which also include a 20 percent cut in daily expenses and a review of outsourcing and property owned and rented by the government -- are expected to reduce government spending by around 200 million reais ($50 million).

Critics say the reforms are largely superficial and, given the country is facing a multi-billion-dollar shortfall in its 2016 budget, are calling for a far deeper restructuring of ministries and governmental departments.

More details on the new ministries will follow next week.