Brazil's ruling party candidate Dilma Rousseff, held a wide lead and would win the October presidential race in a first round, an opinion poll showed on Friday. 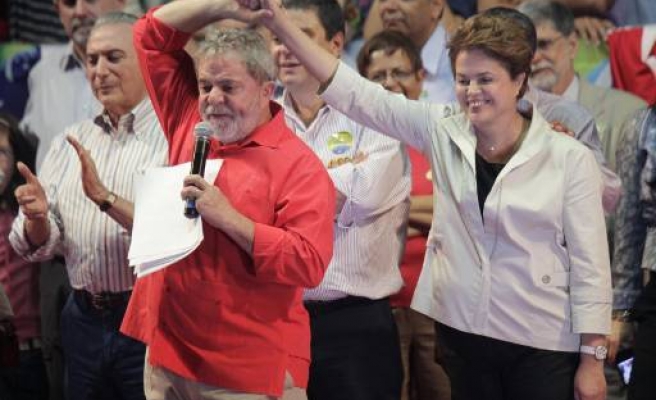 Brazil's ruling party candidate, Dilma Rousseff, held a wide lead and would win the October presidential race in a first round, an opinion poll showed on Friday.

The same poll last week showed Rousseff ahead with 50 percent and 28 percent for Serra.

The career civil servant has benefitted enormously from the support of Lula, who is the country's most popular president due to his folksy charm and a booming economy.

Lula has stepped up his campaigning for Rousseff in recent weeks, participating regularly in rallies with her.

On Friday he lashed out against Serra, a former health minister, for introducing health care projects without investing in them when he was governor of Sao Paulo.

The beginning of free TV advertisement last month gave Rousseff her biggest surge, as many voters got a closer look at the 62-year-old for the first time. As of last week she had also raised more campaign funds than all of her rivals combined.

Serra, who was ahead in some polls as recently as June, has focused his campaign on Brazil's two most populous states -- Sao Paulo and Minas Gerais -- in an effort to force Rousseff into a run-off vote on Oct. 31. To win in a first round she needs more than 50 percent of the valid vote.

But she also intends to heighten the role of state companies in several key industries like oil, banking and telecommunications.

Her 10-party governing coalition is expected to expand its majority in Congress. But Brazilian parties are notoriously undisciplined and could put her leadership ability to the test early on, analysts say.

The survey, which polled 11,660 people on Wednesday and Thursday, had a margin of error of 2 percentage points.