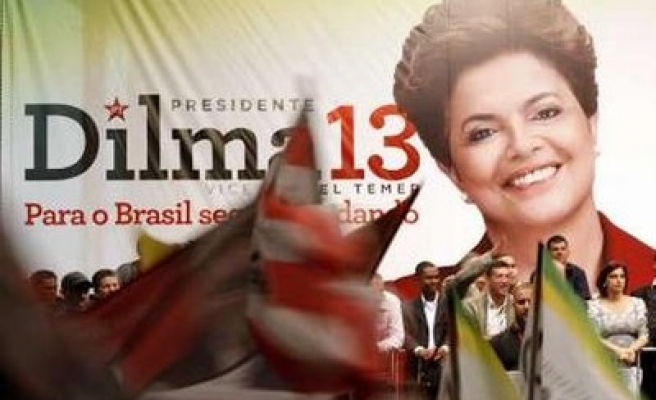 The 6-point surge for Rousseff in advance of October's election was mostly credited to increased exposure after the presidential candidates took to the airwaves on Tuesday with free television and radio advertising, Datafolha said.

"TV proves once again its power to reach and penetrate into the most diverse levels of the Brazilian population, including those where access to information is scarce," Datafolha directors Mauro Paulino and Alessandro Janoni said in an article in Folha de S.Paulo newspaper detailing the poll results.

The figures followed other poll results during the week showing Rousseff with more than the 50 percent needed for a first-round victory if abstentions and blank votes are excluded, as they are in the election.

Former environment minister Marina Silva garnered 9 percent of votes in the poll, down from 10 percent in the last survey.

Datafolha polled 2,727 people nationwide on Aug. 20. The poll has a margin of error of plus or minus 2 percentage points.