Russian warships have come and gone in Cuba since the collapse of the Soviet Union, usually with much publicity and the opportunity for Cubans to visit the ship 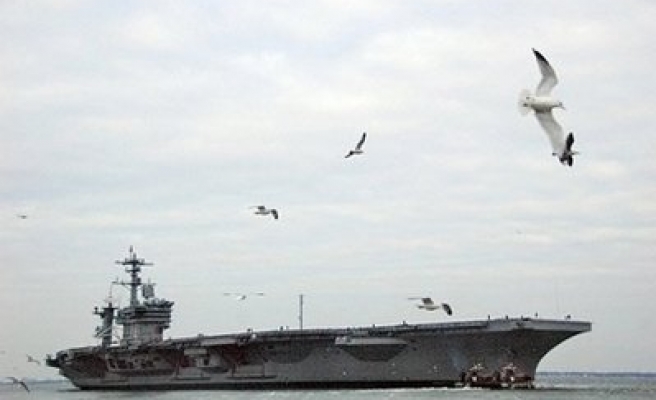 A Russian spy ship slipped into Havana Bay for an unannounced visit during a period of turmoil in Ukraine and displays of military strength elsewhere in the world.

The Viktor Leonov SSV-175, part of the Vishnya class of intelligence ships, quietly entered Cuban waters earlier this week and was docked at a cruise ship terminal on Thursday, its crew casually taking in the view of the old colonial section of the Cuban capital as passers-by gawked.

Russian warships have come and gone in Cuba since the collapse of the Soviet Union, usually with much publicity and the opportunity for Cubans to visit the ship. This time there was no mention in the Cuban state-run media.

Russia has been stung by recent unrest in Ukraine, where a pro-Russian government was ousted in favor of one seeking an alliance with the West, and where Russia has a major naval base near Sevastopol on the Black Sea.

Russia on Wednesday put 150,000 troops on high alert in Central and Western Russia, including areas bordering Ukraine, in a show of strength. Moscow denied the drill was linked to events in Ukraine.

On Wednesday in Moscow, Defense Minister Sergei Shoigu said Russia planned to increase its military projection abroad, including in Cuba, Venezuela and Nicaragua.

The Russian Navy intelligence vessel in Havana was commissioned by the Soviet Union in 1988 near the end of the Cold War, outfitted with electronic surveillance equipment and missile defense systems and is a signals intelligence asset of the Russian Navy, according to the Russian government.

The 94-meter (309-foot) ship was receiving food, but no maintenance or fuel, port employees said.

A Russian embassy official described the visit as "friendly," saying members of the crew joined Havana officials in laying a wreath at a monument to Soviet soldiers.

"It was scheduled to stay three or four days. It should leave tomorrow," said the embassy spokesman, who declined to identify himself.

The former Soviet Union and communist-run Cuba were close allies for decades, and the Soviets built a major intelligence base on the outskirts of Havana that was closed soon after the demise of European communism.

During the recent Winter Olympics in Sochi, Russia, two U.S. ships including the USS Mount Whitney sailed into the Black Sea as part of U.S. security measures.