Chavez's ruling Socialist Party won a majority in parliament, but the opposition surpassed the crucial one third of seats, electoral authorities said. 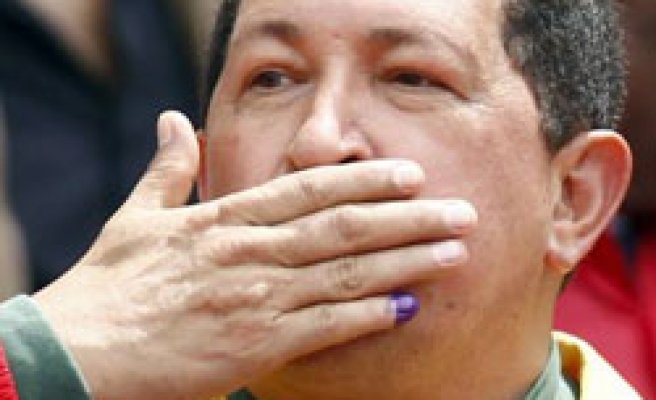 Although Chavez's Socialist Party retained a majority in the 165-seat National Assembly, it fell short of its goal of keeping at least the two thirds it needs to pass major laws or make appointments to the Supreme Court and electoral authorities without the support of its political rivals.

With final results still coming in, however, Chavez was close to the three-fifths of seats needed to give him special decree powers that he could use to bypass parliament and drive forward his socialist reforms.

Election authorities said on Monday that his Socialist Party won at least 94 seats in the Assembly and that Democratic Unity took at least 60 seats. Five seats went to other parties and the results from the remaining six were not yet in.

A former tank soldier who rose from a poor rural childhood, Chavez has lost only one of 14 votes organized by his government.

As results came through early on Monday, the newly-united opposition Democratic Unity umbrella group said it had won 52 percent of the overall vote. If confirmed, that would be a symbolic blow to Chavez in the 12th year of his rule of South America's biggest oil exporter.

"We are the majority!" sang opposition supporters after the tallies were announced overnight.

The election was essentially a referendum on Chavez's rule, and he sought to put a brave face on the results, declaring via Twitter overnight that it was a "new victory for the people."

His ruling party had always been likely to get a higher percentage of seats than votes, due to changes in electoral districts and voting rules.

Chavez, 56, is strongly influenced by Communist Cuba and often slams US policy, as the United States remains the main buyer of Venezuelan oil.