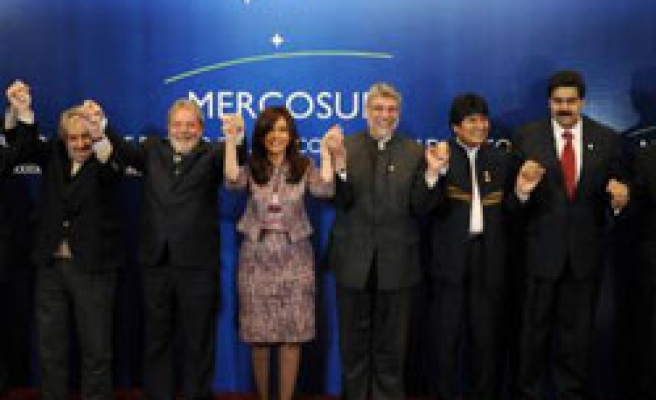 South American presidents on Tuesday called for a meeting of regional leaders "as soon as possible" to discuss a dispute between Colombia and Venezuela over leftist rebels.

At a summit of the Mercosur trade bloc in Argentina, presidents urged the 12-member Unasur regional group to arrange talks. The smaller Mercosur bloc includes Argentina, Brazil, Uruguay and Paraguay.

In response to the accusations, oil-rich Venezuela severed diplomatic ties with its neighbor.

Several South American presidents will be in Bogota on Saturday for the swearing-in ceremony of Colombian President-elect Juan Manuel Santos.

Last week, a meeting of South American foreign ministers failed to mend the broken ties, but the countries agreed that irregular armed groups could threaten stability in the region.

The incoming Colombian president has vowed to improve relations and revive billions of dollars in lost trade.