The government of Mexico issued a hurricane warning from Tuxpan to the port of Veracruz. 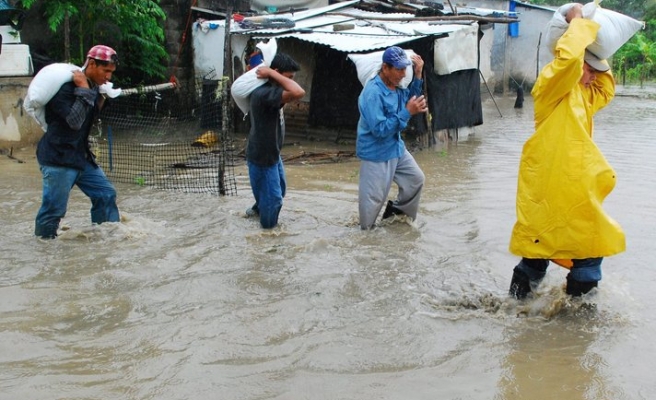 People in the city of Tuxpan, in northern Veracruz state on the Gulf of Mexico, carried on with business as usual, with families gathering at cafeterias and shopping at grocery stores.

The government of Mexico issued a hurricane warning from Tuxpan to the port of Veracruz. The Miami-based U.S. National Hurricane Center urged authorities and residents in the warning area to take steps to protect life and property.

"Nate is expected to be a hurricane before landfall ... the center of Nate will reach the coast of Mexico in the hurricane warning area on Sunday," the center said in its latest report.

The oil-exporting ports of Cayo Arcas and Dos Bocas remained closed to shipping and two other smaller ports were also shut in the southwest Gulf of Mexico.

State oil company Pemex evacuated 473 workers from five sea platforms as a precaution. Nate had cut Mexican oil production by 178,800 barrels a day as of Friday.

Local media reported a fisherman drowned on Friday after strong surf capsized his little boat in the Bay of Campeche area, and 10 oil industry contractors were missing after they evacuated a rig in the same area.

To the east, Caribbean islands that were lashed by Hurricane Irene last month looked set to be spared any major impact from Tropical Storm Maria.

Maria, carrying winds of 45 mph (75 kph), was moving northwestwards near the northern Leeward Islands in the Caribbean.