Nate, which could still dump heavy rain over Veracruz, had turned into a remnant low, the Miami-based U.S. National Hurricane Center said, and it was discontinuing warnings. 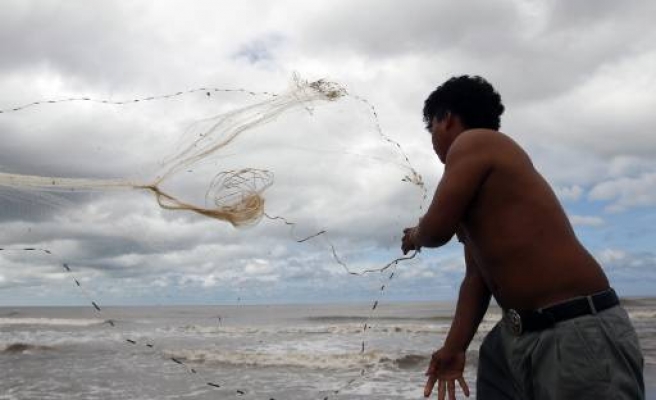 Storm Nate dissipated on Sunday as it moved farther inland across the coffee and sugar growing state of Veracruz along the Gulf of Mexico.

Nate, which could still dump heavy rain over Veracruz, had turned into a remnant low, the Miami-based U.S. National Hurricane Center said, and it was discontinuing warnings.

State oil monopoly Pemex said it had rescued seven out of 10 contract workers who had been missing since Thursday after evacuating a rig in the Gulf of Mexico due to bad weather.

The workers, including four Mexicans and two Americans, were rescued in the Bay of Campeche, but one Bangladeshi died later in a hospital. Two other workers were found dead and one remained missing, Pemex said.

Veracruz is one of Mexico's top producers of coffee and sugar and any flooding could damage recently planted crops. High moisture also can cause fungus in coffee beans. Flooding and landslides could affect transportation routes and delay exports.

The oil-exporting port of Cayo Arcas remained closed along with two other smaller ports. Dos Bocas reopened to shipping earlier on Sunday after four days of inactivity.

Pemex evacuated 473 workers from five sea platforms as a precaution but had not said if they had started to return to work. Nate had cut Mexican oil production by 178,800 barrels a day as of Friday.

Local media reported a fisherman drowned on Friday after strong surf capsized his little boat in the Bay of Campeche area.