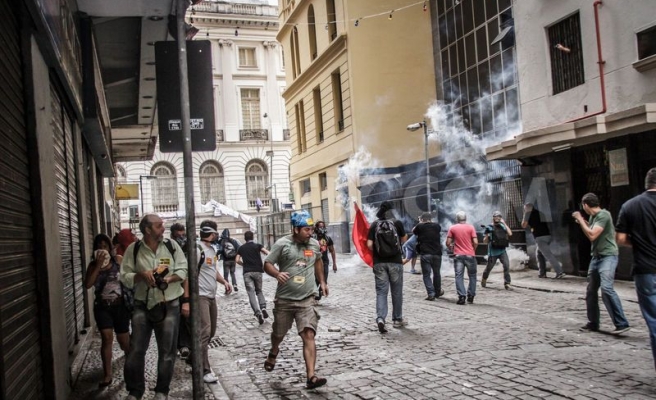 School teachers gathered in front of the City Hall in Rio after Mayor Eduardo Paes’ wage increase proposal was rejected by the teacher’s union for being insufficient in addressing their demands.

Police used sound grenades and rubber bullets to disperse the crowd, but the protests only intensified.

Tuesday marked the 46th day of the strike, and has resulted in the postponement of the school term as well as the Rio Film Festival. Tear gas used by the police on Tuesday was unable to stop the protestors from coming back on Wednesday, as clashes continue to take place outside the City Hall.

This is the second nationwide strike in Brazil since June, after a small-scale demonstration against rising travel costs spread into widespread unrest after a brutal police crackdown on the protestors attracted much criticism.