Edgar Cevallos Jones sentenced to a two-year term and Ramon Caceres Jorquera to three years for committing the "crime of torture resulting in the death" of Air Force General Alberto Bachelet Martinez. 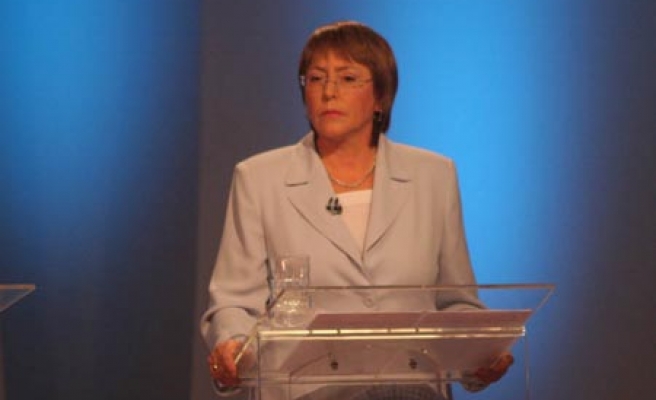 A Chilean judge on Friday sentenced two retired colonels to prison for the torture of President Michelle Bachelet's father which indirectly led to his death during the early days of General Augusto Pinochet's 1973-1990 dictatorship.

Alberto Bachelet, who was loyal to deposed President Salvador Allende, was incarcerated following the September 1973 coup and charged with treason.

After being imprisoned in a public jail, Bachelet, like other servicemen opposed to the dictatorship, was periodically taken to the Air Warfare Academy to be tortured.

He died of a heart attack on March 12, 1974, at the age of 50 following a long session of interrogations, where he was again tortured by Caceres Jorquera and Cevallos Jones.

"This sentence, issued a few hours ago, is a step forward precisely to advance in the truth and justice Chile needs," said government spokesman Alvaro Elizalde.

An estimated 3,000 people were kidnapped and killed or disappeared and 28,000 were tortured during the 17-year dictatorship. Pinochet died in 2006 at the age of 91 without facing a full trial for the crimes committed under his rule.

Michelle Bachelet, who is serving her second term in office, was also tortured during the dictatorship before fleeing to East Germany with her mother, Angela Jeria.

"We only asked for the truth and I agree (with the sentence)," said Jeria, adding that she was more concerned about the truth being established than the length of imprisonment for the crimes.

"It gives me tranquility and at the same time hope that the other servicemen that were with my husband and all the other people that suffered torture will find justice," she added.