Thirty-three miners trapped for 21 days in a Chilean mine may get videos of Maradona and other soccer greats to beat boredom. 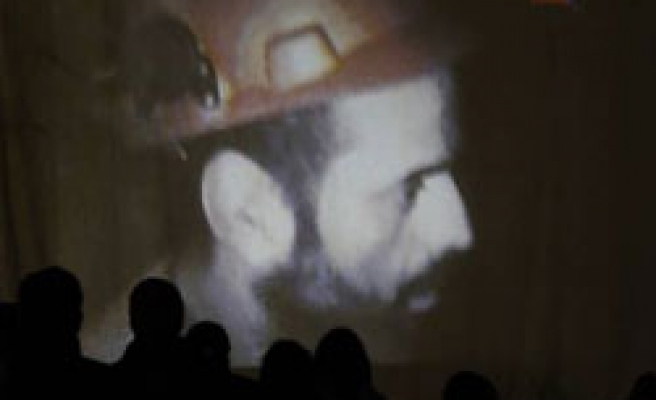 Thirty-three miners trapped for 21 days in a Chilean mine may get videos of Maradona and other soccer greats to beat boredom as they face several months deep underground until they are dug out.

Engineers sent a camera down a narrow bore hole on Thursday to remotely check the mens' health, and plan to send miniature projectors and entertainment equipment to help them cope with the agonizing wait ahead.

Farmer Wilson Avalos is selecting soccer videos for two of his nephews trapped 2,300 feet (700 metres) vertically down in a hot and humid tunnel.

"We will send them videos of Diego Armando Maradona, Ronaldinho and Pele, because they are huge soccer fans," Avalos said. "I'm sure that will really help them keep their spirits up."

The government is bringing in NASA experts for tips on how to help the miners, who have exchanged written notes with their relatives on the surface, cope with lengthy confinement.

Miners have been sent apple pure and sweet jelly after they survived two weeks on mouthfuls of tinned tuna, milk and cookies every 48 hours.

Authorities found they were alive on Sunday after they tied a note to a drill that bore a narrow shaft now serving as an umbilical cord, triggering street celebrations across Chile and focusing worldwide attention on their stunning survival.

Rescuers are preparing to drill a shaft around 2 feet (66 cm) in diameter to evacuate the miners one by one via a pulley in a mission the government estimates will take 90 days. The miners have not yet been given an exact time-frame, but have been promised they will be with their families by Christmas.

The Aug. 5 accident at the San Jose gold and copper mine has shone light on lax government controls at smaller operations, but planned safety regulation reforms are unlikely to hurt output in Chile, the world's top copper producer.

Local mining regulators have closed at least 30 small copper mines with a combined output of around 2,000 tonnes per year or 0.04 percent of the country's output following the accident, a trade group leader told Reuters.

A spokeswoman for mining regulator Sernageomin in Santiago said they had no information about the closures.

Groups of relatives have started to sue the mine's owners, whom they blame for poor safety conditions that led to the cave-in, while a local judge pre-emptively froze nearly $2 million of their assets.

"This is a witch hunt that needs to end," said Jorge Pavletic, an industry leader in the mineral-rich Atacama desert. "We are not sending people to the slaughterhouse."