On July 17, 2007, TAM flight JJ3054 came in to land at Congonhas Airport, located in the heart of São Paulo, and skidded off a rain-soaked runway and into a building, killing 199 people including all 187 passengers and crew on board. 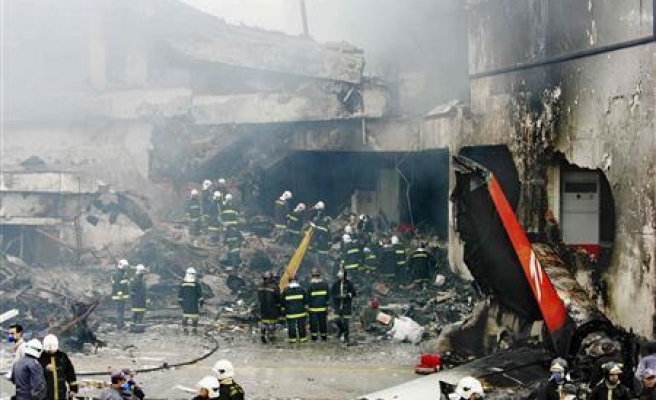 A trial in São Paulo will hear from defendants on Wednesday and Thursday this week over the deadliest disaster in Brazilian aviation history.

On July 17, 2007, TAM flight JJ3054 came in to land at Congonhas Airport, located in the heart of São Paulo, and skidded off a rain-soaked runway and into a building, killing 199 people including all 187 passengers and crew on board.

The pilots of the Airbus A320-233, which was servicing the domestic flight from the southern city of Porto Alegre, tried to land the plane in the adverse weather conditions, but overshot the runway, careering into a busy road at rush hour, and into a warehouse also belonging to TAM Airlines, killing everyone on board instantly and twelve people working in the building.

Investigations since the incident have focused on two factors: firstly, that the thrust reversers (part of the braking system) had been disengaged on one engine – although TAM has argued that deactivation of the reverses does not jeopardize landings.

The second factor concerns the runway at Congonhas Airport, which had been recently resurfaced but had not yet had special water-channelling grooves cut into it in order to prevent aircraft from hydroplaning and aid braking.

The acting prosecutor said despite the fact that Aurélio and Fajerman “had known about the atrocious conditions” of Congonhas Airport’s primary runway, they had “not taken steps to redirect flights to other airports” during the wet conditions.

This could have included São Paulo’s main international airport, Guarulhos, located 20km from the city centre.

Prosecutors also said that Abreu, as head of ANAC, had acted “recklessly” in allowing the Congonhas runway to be used without the special grooves and “not performing a formal inspection” of the runway “in accordance with aeronautical safety standards.”

However, Abreu’s attorney said she had a purely legal role in the authority and that it was “strange” to try to hold her to account. The legal defense for Aurélio and Fajerman have largely used the same argument.

Witnesses for the defence will be heard later this year.

Victims’ families outside the courtroom

Press and victims’ families gathered outside São Paulo’s No.8 Federal Criminal Court as the trial began on Wednesday afternoon, but were not allowed inside due to a lack of space.

Dário Scott, president of Afavitam, the Flight 3054 Victims’ Association, told Globo News that the families would be “following [the court proceedings] from closeby with the expectation that those guilty would finally be brought to justice, more than six years on.”

Those found guilty could spend up to twelve years in prison, if the harshes tariff is handed down, but it is thought more likely that any prison sentences would range between two and five years – usually meaning they would not be handled in a closed-prison regime.

Sentencing will not likely to take place before the end of the year, commentators say.

Congonhas Airport, in São Paulo’s South Zone, is well used by business passengers, as it is nestled in the heart of the city – also meaning that there is precious little additional space around the airfield that could have acted as a buffer zone.

The accident shocked Brazilians at the time and is still regularly cited in comparison with other incidents. It is the worst incident in the country’s aviation history, as well as the deadliest involving an A320 aircraft anywhere in the world.

Although twelve people were killed on the ground when the aircraft careered at high speed in the TAM warehouse, the area around the airport perimeter is highly populated and there was the potential for a far greater number of non-passenger victims.

TAM was Latin America’s biggest carrier at the time and has since merged with Chile’s LAN Airlines to become LATAM, one of the world’s biggest airlines. The two airlines are still currently operating under their respective brands.