had sustained winds of 50 miles per hour (85 kph) and its center was expected to pass over southwest Haiti later on Thursday before barreling toward extreme eastern Cuba. 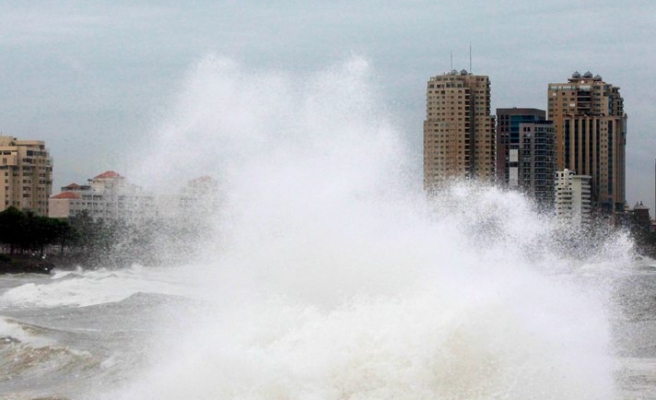 Intermittent rain fell overnight in the sprawling Haitian capital of Port-au-Prince, where more than 600,000 survivors of the 2010 earthquake are still living in fragile tent and tarpaulin camps.

Emily was about 40 miles (65 km) southeast of Isla Beata in the southernmost part of Dominican Republic, near its border with Haiti, at 8 a.m. EDT (1200 GMT Thursday), the U.S. National Hurricane Center said.

The storm had sustained winds of 50 miles per hour (85 kph) and its center was expected to pass over southwest Haiti later on Thursday before barreling toward extreme eastern Cuba.

Haitian President Michel Martelly and civil defense officials issued public appeals for those living in low-lying or flood-prone areas of the hilly, quake-damaged capital to move to safer areas and not wait to be evacuated.

The Miami-based National Hurricane Center said Emily could unleash as much as 20 inches (50 cm) of rain over parts of the Caribbean island of Hispaniola, posing a significant threat to Haiti, which is vulnerable to flash floods and mudslides because of its near-total deforestation.

The storm did not threaten oil and gas production facilities in the U.S. Gulf of Mexico. Some tracking forecasts show it crossing the Bahamas and approaching Florida by late on Saturday or early on Sunday

But while some track predictions see a possible south Florida landfall, others predict the storm swinging north and staying away from the U.S. coast.

"People with interests in Cuba and south Florida should keep an eye on this storm," Master wrote in his blog.

"If Emily's circulation can survive the mountains of Hispaniola and/or the terrain of Cuba, conditions are favorable for moderate intensification," he added.

"Flash floods and landslides are expected to be major problems on Hispaniola," Master said.