The rocky archipelago is well prepared for the tropical storms, hurricanes that sweep across the Atlantic from June to November, storm fatalities are rare there 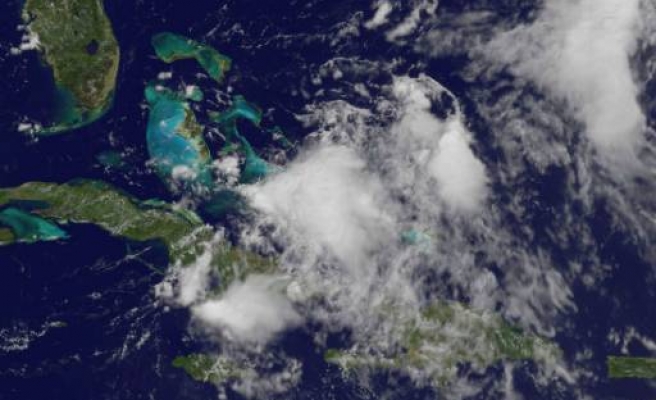 Tropical Storm Gert strengthened slowly on Sunday on a track toward Bermuda and forecasters said the global reinsurance hub could expect increased winds, rain and surf when the storm passed on its eastern side.

Gert, the seventh named storm of what is proving as predicted to be an active 2011 Atlantic hurricane season, formed earlier on Sunday but its forecast ocean track will keep it well away from the heavily populated U.S. east coast.

Authorities in Bermuda, a small British overseas territory which has a population of more than 68,000 and hosts 16 of the world's top 35 reinsurers, issued a tropical storm warning.

The rocky archipelago is well prepared for the tropical storms and hurricanes that sweep across the Atlantic from June to November and storm fatalities are rare there.

The Bermuda Weather Service warned residents to expect winds and rain showers increasing later on Sunday as the storm approached from the south. Tropical storm force winds should develop over the east of the territory by early Monday.

The hurricane center said large swells generated by Gert were likely to cause life-threatening surf and rip currents.

Jeff Masters, a hurricane expert at private forecaster Weather Underground, said in his blog on Sunday the 2011 season was so far seeing an unusual number of weak tropical cyclones.

This is nevertheless forecast to be a busy year for hurricanes.

Late on Saturday, Tropical Storm Franklin, which formed briefly earlier in the weekend as the sixth named storm of the 2011 Atlantic season, lost its tropical cyclone characteristics over the North Atlantic.

Elsewhere in the Atlantic, forecasters were watching a low pressure trough located some 425 miles (680 km) northeast of the northern Leeward Islands. The NHC gave it a medium chance of becoming a tropical cyclone in the next 48 hours, saying conditions were only marginally favorable for it to develop.

Some weather watchers also recommended keeping an eye on another disturbed weather system moving west between the coast of Africa and the lesser Antilles, in case it developed and eventually posed a threat to the Caribbean and Gulf of Mexico.