Tropical Storm Karl was set to move into the Gulf of Mexico early on Thursday. 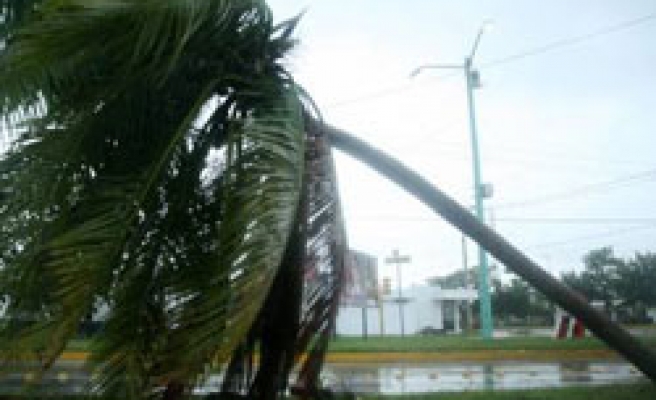 Tropical Storm Karl was set to move into the Gulf of Mexico early on Thursday and could reach hurricane strength, potentially threatening major Mexican oil installations.

Mexican state-run oil giant Pemex had not curtailed any operations but said it would monitor Karl's progress as it approached operations in the Bay of Campeche in the Gulf, where the bulk of Mexico's 2.55 million barrels per day of oil is produced.

"Karl is about to move over the Bay of Campeche and is forecast to strengthen," the U.S. National Hurricane Center said. Karl earlier lost strength as it moved inland and had maximum sustained winds of 40 mph (65 kph) at 10 p.m. local time (0200 GMT).

By nighttime on Wednesday, it was 35 miles (60 km) south-southwest of Campeche on the west coast of the Yucatan peninsula.

Karl is likely to regain strength as it crosses the southern Gulf of Mexico before making landfall again on Saturday near the Mexican port of Tuxpan, where Pemex unloads much of the gasoline it imports. "Karl could become a hurricane by Friday," the center said.

The storm also knocked out power to tens of thousands of people throughout the mainly rural area. Majahual, home to a large cruise ship port, bore the brunt of the storm as it made landfall but no serious damage was reported.

Cancun, a top beach destination for U.S. and European tourists, was untouched by the storm, which was also likely to pass far south of U.S. oil and natural gas platforms in the northern part of the Gulf of Mexico.

Two hurricanes, Igor and Julia, also raced across the Atlantic Ocean but posed no threat to land or energy interests, projected to eventually die out far from land.

Igor, described by the Miami-based hurricane center as large and powerful, was 980 miles (1,580 km) southeast of Bermuda with 135-mph (210-kph) winds on Wednesday night, making it a dangerous Category 4 storm on the Saffir-Simpson scale.

The 2010 hurricane season has been more active than average, with 11 named storms so far, including four major hurricanes, but damage has been relatively limited as several storms have fizzled out in the Atlantic Ocean.

The rapid early strengthening of many storms this year near the coast of Africa has pushed them on northwest tracks away from vulnerable areas. But with two months left in the hurricane season it is too early to say there will not be another dangerous storm, hurricane expert Rick Knabb with The Weather Channel told Reuters.

"We need to wait until the season is over, before we can make a judgment on the forecasts," Knabb said.