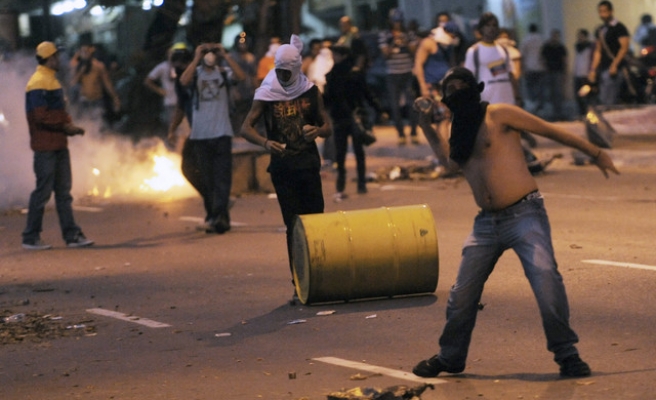 A Venezuelan soldier and a motor cyclist were killed in a standoff with opposition demonstrators who had set up a barricade along an avenue of Caracas, the vice president of the ruling Socialist Party said on Thursday.

Demonstrators demanding the resignation of President Nicolas Maduro have for weeks been staging rallies and setting up barricades, leading to clashes with security forces and government supporters. At least 20 have been killed.

Troops were called in to the neighborhood of Los Ruices in eastern Caracas on Thursday and used tear gas and water cannons to disperse several hundred demonstrators who had set up a barrier along a well-trafficked principal avenue.

"We have learned that a motorcycle driver was killed by a sniper," said Diosdado Cabello in an unrelated press conference at the National Assembly. "And a member of the National Guard was also killed in the same place by a sniper."

The mayor of the Caracas municipality of Sucre, where the events took place, said via his Twitter account that a member of the National Guard had died.

Officials did not respond to requests for information on how the soldier died and additional details on the incident.

Maduro on Wednesday called on pro-government organizations known as "colectivos," which opposition leaders describe as paramilitary groups, to break apart barricades that protesters have set up in primarily affluent neighborhoods.

Yet there seems to be little chance of a Ukraine-style change of government, given that the protests have remained relatively small and the military appears to remain behind Maduro.