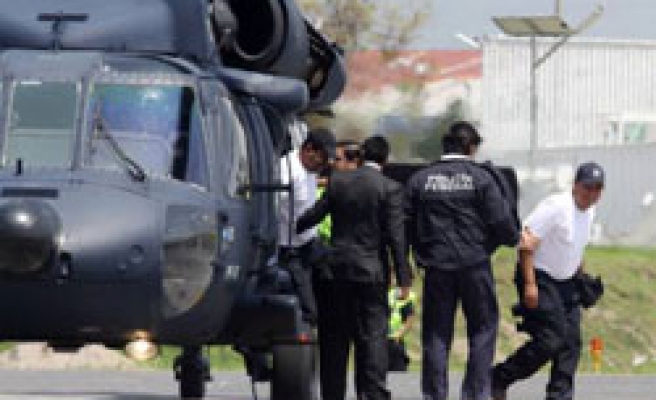 Security Minister Genero Garcia Luna said cameramen Javier Canales and Alejandro Hernandez were being held in the northern state of Coahuila by members of the Sinaloa cartel, Mexico's most powerful drug trade organization.

The two journalists were abducted on Monday after covering a prison scandal in the nearby state of Durango in which inmates are accused of being hired guns for a local cartel.

"They intimidated us all day and all night," Hernandez said at a news conference in Mexico City. "They hit us in the head with a board."

A third journalist abducted around the same time as Canales and Hernandez was freed on Thursday following negotiations with his captors, Garcia Luna said at the news conference.

Garcia Luna said the kidnappers fled as police closed in on the safe house on Saturday, and none were captured.

Across Mexico, a war between rival cartels for control of the multibillion-dollar drug trade has killed more than 26,000 people since late 2006.

Attacks on the media have mounted as drug gangs seek to silence or intimidate journalists who report on the drug killings. "They were trying to have a way to force (networks) to broadcast messages," President Felipe Calderon said.

Local media reported earlier in the week that a fourth journalist in the area had been abducted around the same time, but it was not clear if this was true.

Since 2006, at least 30 journalists have been killed in Mexico, according to Mexican media. Mexico is one of the world's most dangerous countries for the media, the U.S.-based Committee to Protect Journalists says.