Cuban Foreign Minister Bruno Rodriguez publicly criticized the European Union and the United States for imposing sanctions on a number of Russian officials. 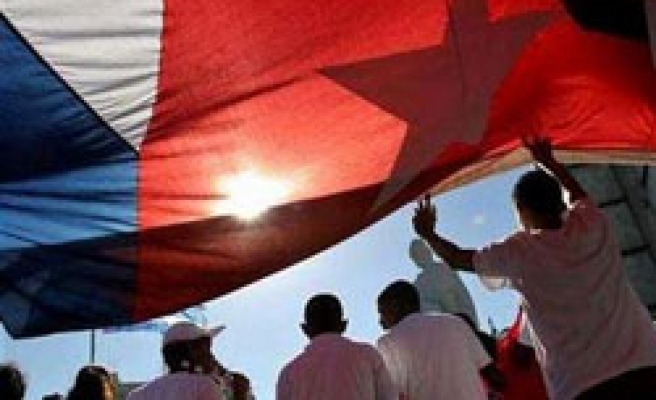 The European Union told Cuba on Wednesday it disagreed with its support of Russia in the Ukraine crisis as the dispute cast a shadow over talks aimed at improving relations between the communist-run island and European countries.

"It's a point of great concern to the EU," the EU's chief negotiator in the talks, Christian Leffler, told reporters in Havana.

Negotiators for the 28-nation bloc and Cuba met on Tuesday and Wednesday in Havana for a first round of talks. Only the European side spoke about the meetings afterward.

Leffler said the differences over Ukraine did not affect the talks but were an example of what would be discussed in future discussions.

Speaking hours before the first meeting, Cuban Foreign Minister Bruno Rodriguez publicly criticized the European Union and the United States for imposing sanctions on a number of Russian officials.

"Cuba energetically rejects the imposition of sanctions against Russia, knowing that those who impose them are the same governments that have launched wars of conquests that intervene in the internal affairs of sovereign countries and provoke the destabilization of governments that don't go along with their interests of domination," Rodriguez said in an appearance with Russian Foreign Minister Sergei Lavrov, who was in Havana.

Leffler said Rodriguez's comment did not affect the two days of talks but that he had raised the Ukraine issue in a separate meeting with him.

"We clearly disagree with this assessment of EU policy towards Ukraine and towards Russia in the context of the Ukrainian crisis," Leffler told the news conference.

Russia annexed the Crimea region after Ukraine's pro-Moscow president was ousted in February by protesters demanding closer links with Europe. Kiev and the West accuse Russia of stirring up a separatist campaign in the east, a charge Moscow denies.

Leffler, a Swede who heads European diplomacy in the Americas, said the Ukraine crisis raised issues of sovereignty and territorial integrity that the European Union considers fundamental.

Cuba has stood by Moscow, formerly the closest of allies and a crucial economic supporter of Cuba in the days of the Soviet Union.

Cuba's relations with the EU have been frayed since European member states adopted a "common position" in 1996 that placed human rights and democracy as conditions for improving ties With the Caribbean country.

The two sides recently agreed to open discussions on issues such as human rights, trade and investment.

Leffler said the talks this week were "very constructive."

"There was a clear interest on both sides to come to a quick, common understanding of what the bases are for this negotiation," he said.