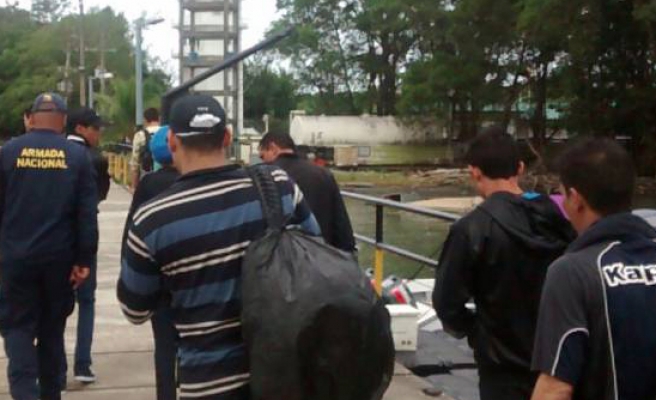 Some 65,000 people in Colombia were registered as forcibly displaced in the first eight months of 2017, according to data from the United Nations Office for the Coordination of Humanitarian Affairs (OCHA).

The country experienced a massive displacement of nearly 9,000 people this year while another 56,000 were individually displaced.

The figures are worrying, as they show a 10 percent increase compared with the same period in 2016.

“If this trend continues, 2017 might end up having twice the displaced population that it had last year” said the OCHA report.

“We are concerned about the situation in the Colombian Pacific region especially because after the peace process with FARC, armed confrontation between other groups has arisen, and displacements are reported regularly,” said Christian Visnes, country director for the Norwegian Refugee Council (NRC) in Colombia, referring to the Revolutionary Armed Forces of Colombia rebel group.

Visnes indicated that the Colombian state has not yet established an effective presence in all the regions that were affected by FARC guerrillas. According to him, there should be basic services such as health and education, besides the presence of the Public Force, or military forces and national police.

“In Tumaco, for instance, we have reported that only one for every 10 children that start their studies finishes high school,” he said, referring to this municipality located in the country’s southwest, which has historically been affected by armed conflict and drug smuggling.

Colombia has registered 7,265,072 victims of forced displacement since 1985. It has the biggest number of displaced people in the world due to violence.

Visnes said the colossal figure was due in part to the record of victims in a longstanding conflict and because Colombia is one of the few countries in the world that has a tracking initiative for those who have been affected by violence.

When comparing the maps of illegal crops and illegal economy with the ones of forced displacements, the regions are almost the same.

“We haven’t found a perfect cause-effect, but there is a relationship between the illegal economy and forced displacement,” Visnes said

Humanitarian organizations with a presence in Colombia have called on the state to speed up the implementation plans of peace agreements and establish effective Public Force control in the most vulnerable areas.

“Colombia has to reinforce the strategies to solve security issues that make people displace themselves. We hope the ceasefire with the ELN will be one of those measures so that we manage to penetrate the Chocó regions that used to be banned in order to find a solution to other poverty issues,” said Visnes, referring to the National Liberation Army rebel group.