UN sides with Argentina against Britain over Falkland Islands

A United Nations commission has ruled that the disputed Falkland Islands lie in Argentinian waters, handing a historic victory to the Spanish-speaking South American country over the other claimant, Britain. 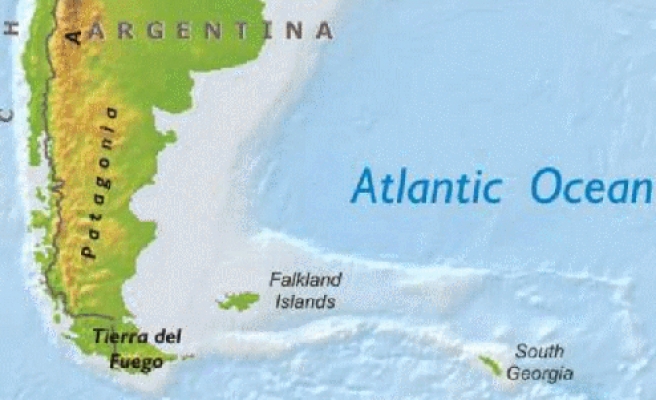 The Falkland Islands on Tuesday rejected Argentina's claims that a maritime border judgment by UN experts had strengthened its hand against Britain in their dispute over the South Atlantic territory.

Argentina's government said a UN scientific commission bolstered its case when it endorsed the country's claim that its continental shelf extends to include waters around the Falklands, known in Spanish as Las Malvinas.

Officials said the move did not affect the centuries-old claims of sovereignty over the wind-swept islands in the South Atlantic, over which Britain and Argentina fought a bloody war in 1982.

"Argentine statements which suggest that the sovereign position in the Falkland Islands has changed as a result of this decision are wholly misleading," the islands' government said in a statement.

UN spokesman Stephane Dujarric told reporters that the Commission on the Limits of the Continental Shelf (UNCLCS) had on March 11 endorsed Argentina's request, which dated back to 2009.

But he stressed that "the commission did not consider and qualify the parts of the submission that were subject to dispute."

London downplayed the impact of the UN body's decision.

"This is an advisory committee. It makes recommendations, they are not legally binding," said a spokeswoman for British Prime Minister David Cameron.

"What is important is what the Falkland Islanders themselves think. They have been very clear that they want to remain an overseas territory of the UK and we will continue to support their right to determine their own future."

Britain and Argentina fought a war in 1982 after Argentine forces occupied the islands.

The conflict claimed the lives of 649 Argentine soldiers, 255 British soldiers and three islanders.

"We have taken a great step forward in demarcating the outer limit of our continental shelf," she said in a statement on Monday.

She said it "reaffirms our sovereign rights in the South Atlantic," a "strategically important" zone.

Argentina's conservative President Mauricio Macri, who took office in December, has vowed to uphold his country's claim to the islands.

But he has avoided openly sparring with Britain as his leftist predecessor Cristina Kirchner did.

When they met for the first time in January, British Prime Minister David Cameron told Macri the Falklands would remain under British rule, in line with the result of a 2013 referendum among the islands' 3,000 residents.

Senior Latin America analyst Laurence Allan at consultancy IHS Country Risk said the dispute over the islands was unlikely to flare up, since Macri is trying to strengthen Argentina's foreign ties.

"As the UNCLCS is not empowered to adjudicate border disputes it will not change either sides' position on that particular dispute," Allan wrote in a note.