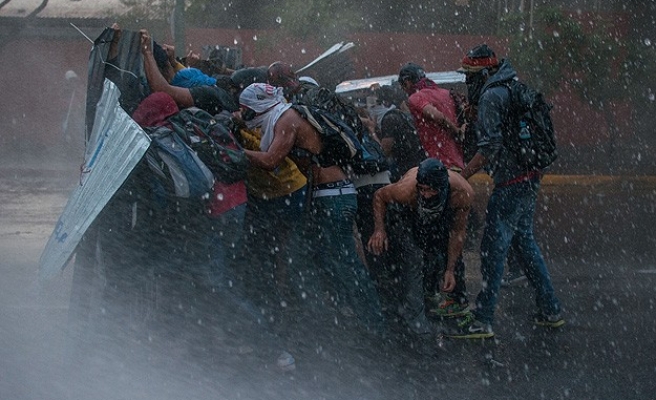 The United Nations' torture watchdog on Friday expressed "alarm" at reports of torture and abuse by Venezuelan authorities during months of opposition protests this year and urged the country to fully investigate the incidents.

The Committee Against Torture said complaints included reports of beatings, burnings and electric shocks in efforts to obtain confessions. It added that prosecutors have filed charges in only five of 185 investigations of such incidents.

Venezuela should "guarantee that all complaints and all cases of torture and abuse of detainees are investigated in a prompt, independent and exhaustive manner," the report said.

The country's information ministry did not immediately reply to a request for comment.

More than 40 people, including demonstrators, government supporters and security officials, were killed in violence around protests in which opposition sympathizers demanded President Nicolas Maduro's resignation.

Maduro called the often-violent protests a Washington-backed effort to force him from office and blamed protesters for the majority of the deaths. He vowed to investigate any instances of abuse by security forces.

The government has in the past ruled out such requests.