In a preliminary report, the U.N. ruled out that Jean was raped but said blue-helmet peacekeepers broke rules when they allowed a civilian to enter a military camp. 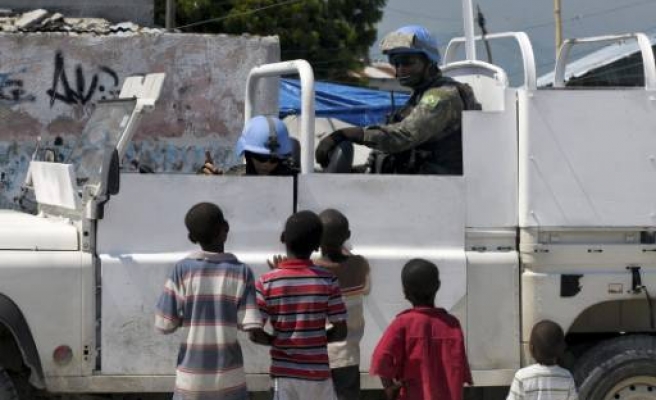 Public outrage in earthquake-ravaged Haiti has surged over a video shot by a cellphone camera and circulating on the Internet that shows laughing Uruguayan marines pinning the young Haitian face down on a mattress and apparently assaulting him sexually.

"We apologize for the abuse that some soldiers of my country perpetrated," Mujica wrote in a letter to Martelly.

"Although the damage is irreparable, have the certainty that we will investigate thoroughly and apply the harshest sanctions against those responsible," Mujica said.

He also apologized on behalf of the country's armed forces, which he said, where humiliated by "the criminal and embarrassing behavior by a few" soldiers.

The alleged victim, Johnny Jean, and his mother, Rose Marie Jean, told Haitian radio stations he had been raped by Uruguayan marines and provided testimony to a judge in the southern town of Port-Salut, where the incident allegedly took place on July 28.

Martelly has said the perpetrators of what he called "a collective rape carried out against a young Haitian" would not go unpunished.

Haitian authorities, the U.N. Mission in Haiti and Uruguay's Defense Ministry launched an investigation into the video. The four troops suspected of being involved have been detained and Uruguay's Navy has replaced the head of its naval contingent with the U.N. peacekeeping mission in Haiti.

In a preliminary report, the U.N. ruled out that Jean was raped but said blue-helmet peacekeepers broke rules when they allowed a civilian to enter a military camp.

U.N. peacekeepers in Haiti have faced public anger before, especially over allegations that Nepalese U.N. troops brought a deadly cholera epidemic to the country after their camp latrines contaminated a local river. This triggered riots last year against the 12,000-strong U.N. peacekeeping contingent.

The current U.N. peacekeeping mission in Haiti, known as MINUSTAH, was established by the U.N. Security Council in 2004 and has been helping Haiti's short-staffed and ill-equipped police to maintain security in the volatile Caribbean state, especially during elections plagued by fraud and violence.

Defense and foreign ministers from nations that make up MINUSTAH are scheduled to meet in Montevideo on Thursday to discuss a gradual troop pullback from Haiti.