The one-day talks, led by senior diplomats, stem from the decision announced by the two Cold War era foes on Dec. 17 to work to normalize relations 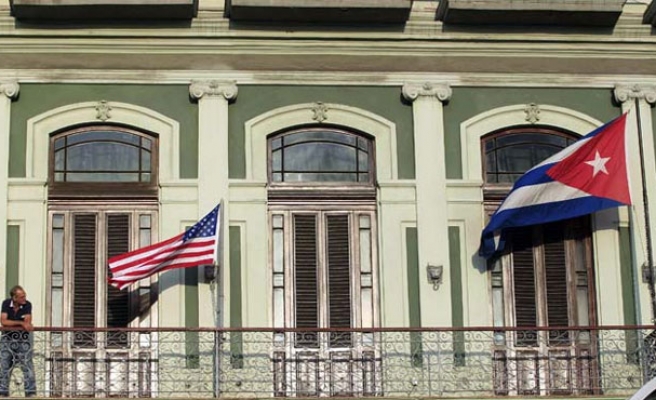 Cuba and the United States held a second round of talks on Friday toward normalizing ties, and both sides said they made good progress, although they did not set a date for renewal of diplomatic relations that Washington severed 54 years ago.

Going into the talks, Communist-ruled Cuba pushed to be removed from a U.S. list of state sponsors of terrorism. But Washington said that while it was reviewing Cuba's place on the list, the designation should not be linked to the negotiations on renewing relations and opening embassies.

The head of Cuba's delegation to the talks, Josefina Vidal, said afterward that removal from the list was not a pre-condition for renewal of diplomatic ties.

But it was "a priority" for Cuba, she said, adding it would be "very difficult to say that we have re-established relations with our country still on a list that we believe very, very firmly that we have never belonged to and we do not belong to."

The talks in Washington stemmed from the historic decision announced by the two Cold War era foes last December to work to normalize relations, including opening embassies in each other's countries, and to exchange prisoners.

"We have made progress," Vidal, chief of the Cuban foreign ministry's U.S. division, told reporters. The discussions followed a first round of talks in Havana last month.

She said there was no date yet for the next meeting on the renewal of ties, but the two sides were going to maintain contact and she was optimistic there would be more advances in coming weeks on the issue of the terrorism list.

Havana says U.S. sanctions on banks that do business with designated countries on the list impede it from conducting diplomatic affairs in the United States. The two countries, politically at odds since soon after Cuba's revolution in 1959, currently have diplomats working in each other's capitals, but they operate from what are known as interests sections.

The United States is hoping to reach agreement on reopening embassies in time for an April 10-11 regional summit inPanama, where U.S. President Barack Obama and Cuban President Raul Castro could meet for the first time since announcing their joint agreement on Dec. 17.

The head of the U.S. delegation at the talks, U.S. Assistant Secretary of State Roberta Jacobson, told reporters in reply to a question: "I do think we can get this done in time for the Summit of the Americas."

Jacobson called Friday's talks "productive and encouraging," and said they were held in "a very cooperative spirit."

She said Cuba and the United States would hold a series of exchanges in coming weeks on issues including increasing Cuba's Internet connectivity. Only a tiny fraction of Cubans have access to high-speed Internet though Cuban officials have lately promised wider service.

Earlier, U.S. Secretary of State John Kerry said re-establishing diplomatic relations was a technical process involving "fairly normal" negotiations, while the terrorism sponsorship designation was a separate process and "not a negotiation."

The Obama administration is nearing completion of its review of Cuba's place on the list, which must be submitted toCongress before it can be removed, a senior State Department official told reporters on Wednesday.

Cuba was added to the terrorism sponsors list in 1982, when it aided Marxist insurgencies during the Cold War. But it is currently aiding a peace process with Colombia's left-wing FARC guerrillas.

Following December's announcement, the Obama administration lifted a series of limitations on trade and travel last month and the U.S. president, a Democrat, called for an end to the decades-old economic embargo on Cuba. The embargo would have to be lifted by the Republican-controlled Congress, overcoming resistance from some members fiercely opposed to the rapprochement.