U.S. to seek end to travel curbs, set up embassy in Cuba talks 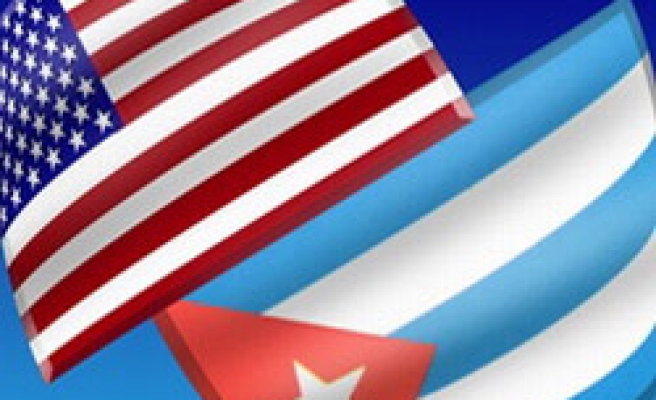 The United States will urge Cuba to lift travel restrictions on U.S. diplomats and agree to establish U.S. and Cuban embassies in historic talks in Havana this week aimed at restoring relations, a senior State Department official said on Monday.

The talks on Jan. 21-23 will be led by Roberta Jacobson, the top U.S. diplomat for Latin America, in the first visit to Cuba in 38 years by a U.S. assistant secretary of state.

"We are looking forward to the Cubans lifting travel restrictions, to trying to lift the caps on the number of our diplomatic personnel, to trying to gain unimpeded shipments for our mission and to the free access to our mission by Cubans," the official told a conference call.

The State Department later clarified the official was referring to travel curbs on U.S. diplomats, who are typically not allowed outside Havana except for special requests. The same applies to Cuban officials in Washington.

The official said Washington hoped to restore its embassy in Havana in "the coming months." After breaking ties between the countries the United States converted its six-story embassy into an interests sections.

The official said it was hard to know what could be achieved in the first round of normalization talks and all depended on how far Cuba was willing to go.

"It is hard to know exactly what will come out of this first conversation," the official said. "I am not oblivious to the weight of history."

The official said the hope was to accelerate the pace of normalization talks with Cuba following the initial meeting to include other areas such as settlement of claims by Cuban Americans and U.S. businesses whose assets were confiscated.

U.S. President Barack Obama and Cuban President Raul Castro on Dec. 17 announced plans to restore relations between the Cold War foes, with a view to ending the 54-year-old U.S. economic embargo against the communist-led island.

In initial moves in recent weeks, Cuba released 53 political prisoners and the United States said it would ease some trade and investment restrictions.

Washington has said it will press Cuba to release more political prisoners and end short-term detentions.

The official said Obama's new policy depends on "mutual consent" between the United States and Cuba.

"We are ready to accelerate the pace of engagement as it regards our interests and the Cuban people but a lot will depend on the tolerance of the Cuban government for that engagement," the official said.

The first day of talks will focus on migration issues, including cases of Americans who have fled to Cuba, which has regularly returned U.S. fugitives since 2008 but U.S. authorities say dozens remain.

In a letter to Obama on Monday on the eve of his State of the Union address, a group of 78 policy experts and former U.S. official urged the administration to work with Congress to update Cuba legislation.

A U.S. congressional delegation, led by Senator Patrick Leahy, arrived in Cuba on Saturday to get a sense of what the "normalization" of relations could look like. Congressional approval is needed to fully lift the U.S. embargo on Cuba.

Alan Gross, the American aid worker who spent five years as a prisoner in Cuba, will be among the guests invited to Obama's State of the Union address.

The senior State Department official said the United States would raise concerns over Cuba's human rights record during the talks. The U.S. delegation hopes to meet with human rights and dissident groups while in Havana, the official added.

"It has always been our practice to engage with civil society. ... I really don't see any need to change that," the official added.