Venezuela's opposition-led legislature has approved an amnesty bill for political prisoners, setting up a political clash with embattled President Nicolas Maduro, who opposes the move. 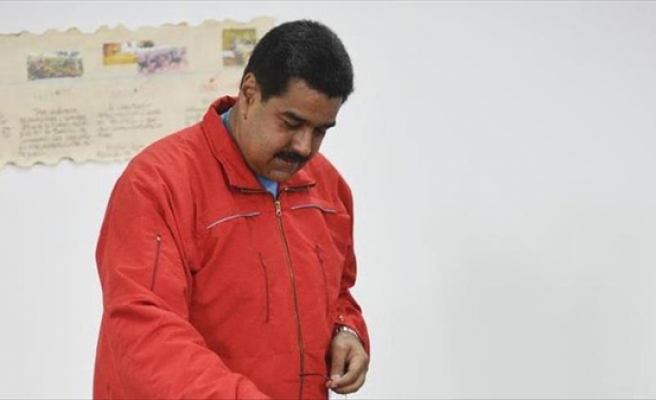 “I am assured that this law will not pass. Laws protecting terrorists and criminals will not go,” he said during a televised speech while the National Assembly was preparing to approve the bill. “Do not go here, whatever you do, sir.”

The measure, which seeks to release from jail approximately 76 "political prisoners" and hundreds of others who have been "persecuted and exiled" for opposition to former President Hugo Chavez, has already received initial approval by the opposition majority in parliament.

The legislation is part of one of a set of main proposals by the opposition that controls the National Assembly with 109 of 163 deputies.

But Maduro’s supporters have characterized the bill as a "law of criminal amnesia.”

If passed, the law would benefit those detained during protests against Maduro in 2014, including, opposition leader Leopordo Lopez -- currently serving a 14-year sentence for the violence during demonstrations.

It would also help others who are in prison or under house arrest, accused of minor infractions, but who the Venezuelan opposition defined as "politically persecuted " or “prisoners of conscience."

Deputy Delsa Solorzanom, who sponsored the bill, said the legislation would set nation on a path to recovery.

"This law aims to lay the foundation for national reconciliation," he said.

Lawyers doubt that the law can be effective because of Maduro’s authority to send it to review by the Supreme Court – a judiciary the opposition accuses of being a "law firm" for the president.