Regional officials said three soldiers and a civilian were wounded in the attack that took place in Tachira state. One soldier was seriously hurt. 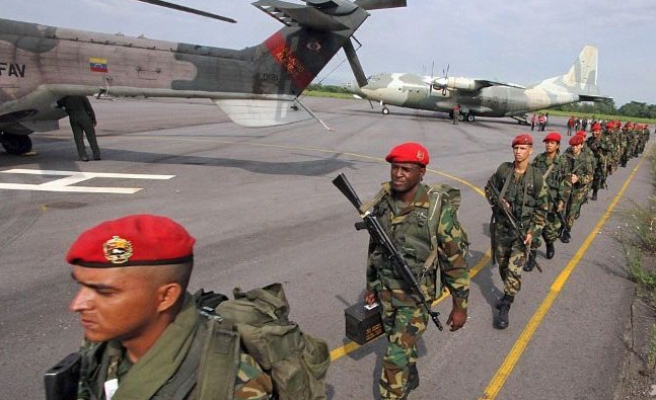 Venezuela's President Nicolas Maduro indefinitely closed his country's border with Colombia and declared a state of emergency in part of the frontier region, following an earlier attack that wounded four people.

Tensions run high along the 2,200-kilometer (1,400-mile) porous border, rife with guerrilla and smuggling activity, and the two countries almost went to war in 2008.

Two men on motorcycles attacked soldiers involved in anti-smuggling operations along the northwestern border with Colombia on Wednesday, according to Maduro.

Regional officials said three soldiers and a civilian were wounded in the attack that took place in Tachira state. One soldier was seriously hurt.

"As part of measures to restore order, peace, tranquility and justice ... I have decided to declare a state of emergency" in several municipalities of eastern Tachira state, Maduro said in a broadcast address.

He did not explain the scope of the action, saying only that it "broadly empowers civil, military and police authorities to restore order, peace, coexistence of the Venezuelan border region with Colombia."

Maduro said the state of emergency, called a state of exception in Spanish, would help boost the fight against paramilitary groups and smuggling in the border area.

"Let's have a deep reorganization of the economic, political, social, cultural" order at the border, the president said.

Without making direct reference to Maduro's recent statements, Colombian President Juan Manuel Santos said that Venezuelan citizens "are always welcome," noting that there are many Colombians in the neighboring country.