The blackout affected Caracas for about three hours on Friday night. 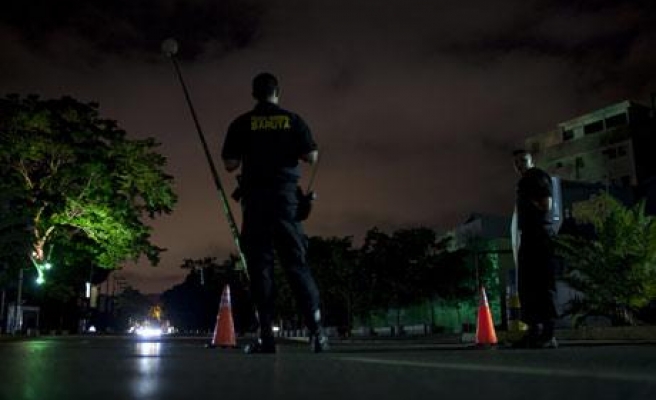 A blackout cut power to much of Venezuela on Friday afternoon, snarling traffic in the capital Caracas and other major cities and interrupting a televised speech by the president in the country's second nationwide electricity outage in a year.

The blackout affected Caracas for about three hours, panicking commuters anxious to get home before dark in the crime-ridden city, but power was gradually restored by early evening and underground metro trains were running again. Venezuela's second city, Maracaibo, was also hit.

An outage at a power station in the center of the country led to other generation centers going offline and disrupting the supply across a broad swath of the Andean nation, Electricity Minister Jesse Chacon told state television.

The OPEC nation has suffered an increasing number of blackouts in recent years, which critics have attributed to low electricity tariffs and limited state investment following the 2007 nationalization of the sector.

The blackout came mid-afternoon as President Nicolas Maduro was speaking during a broadcast of the awards ceremony for a national journalism prize. On television again in the evening, he said it was not clear what led to the "strange" incident.

"We are going to investigate thoroughly and objectively ... The causes will be known because, be aware, there are no reasons linked to the service itself. There was not more demand than supply ... it was not peak hours," he said.

He had blamed the last nationwide blackout in December on saboteurs attacking infrastructure.

Critics say the power problems are a symptom of 15 years of socialist policies that have left the country without a reliable network despite having the world's largest oil reserves. Late socialist leader Hugo Chavez nationalized the power sector seven years ago amid a wave of state takeovers.

Maduro this year weathered three months of often violent opposition demonstrations demanding his resignation that were in part motivated by complaints over shoddy public services. He said the protests were a U.S.-backed attempt to overthrow him.

A spokesman at state-run oil company PDVSA said there were no reports of any impact to the country's 2.9 million barrel-per-day petroleum industry.