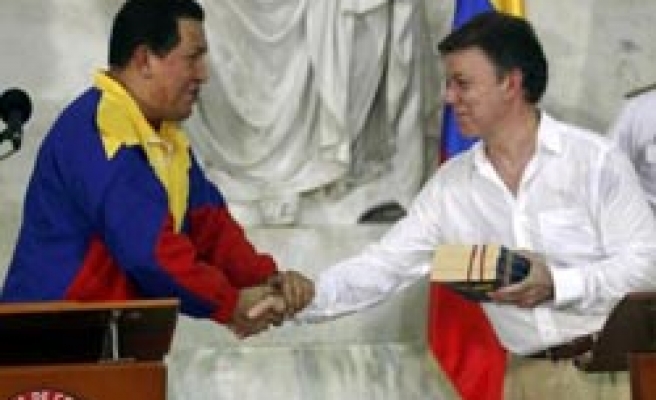 OPEC member Venezuela lifted a "yellow alert" in its oil sector on Wednesday after restoring diplomatic ties with neighboring Colombia.

President Hugo Chavez's government announced the alert last month when it broke relations with Bogota, saying Colombia's accusations that Venezuela shelters leftist rebels could be a precursor for a U.S.-backed attack on its soil.

"We are ordering the lifting of the yellow alert," Oil Minister Rafael Ramirez said in a statement. Under the alert, workers and their families were to prepare for possible war.

"We are very happy with Commander Chavez's firm decision in respect of our sovereignty, the defense of national interests and the integrationist vision of the nations which (independence hero) Simon Bolivar liberated," Ramirez said.

Though Bogota's accusation that Venezuela had allowed hundreds of Colombian rebels onto its soil have not gone away, the two presidents opted to put pragmatism and mutual trade interests above politics.

Markets largely shrugged off the dispute, seeing it as more political theater than genuine threat of war.