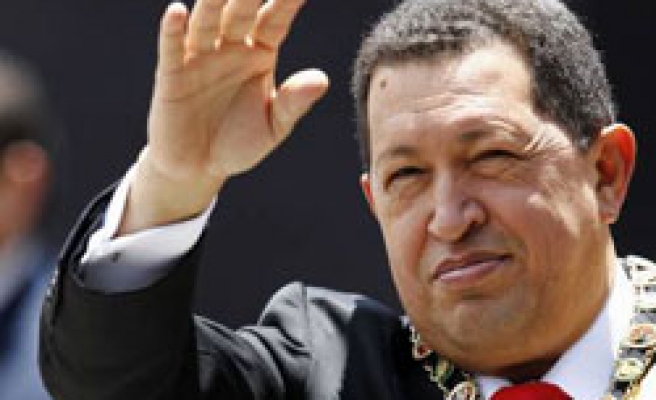 Venezuela will present a peace plan this week to end a dispute with Colombia.

Foreign Minister Nicolas Maduro, on a rapid Latin American tour to drum up support for Venezuela's position, said in Buenos Aires that a "concrete proposal" would be presented to the Unasur grouping of 12 South American states at an emergency meeting in Ecuador's capital Quito on Thursday.

Maduro told reporters after talks with Argentine President Cristina Fernandez on Tuesday that Venezuela's proposal would contain the methodology for a peace plan, apparently with the broad aim of ending Colombia's decades-long civil war.

"Venezuela ... is going with a proposed peace plan. We have to solve the underlying problem, which is the war in Colombia," Maduro said.

But Colombian President Alvaro Uribe said his country should not be "tricked" by talk of peace. His stance suggested Maduro's proposal may not prosper.

"When the terrorist snake feels it is being suffocated, then it asks for peace processes, to take oxygen and come back to poison again," the outgoing president said at a farewell event at the Defense Ministry in Bogota.

A tough conservative, Uribe leaves office on Aug. 7, having driven the once-mighty Revolutionary Armed Forces of Colombia, or FARC, into remote jungle and mountain hide-outs, including, he says, camps in Venezuela.

On Tuesday, Venezuela also denied it had sent extra troops to the border in recent days, contradicting a statement on Monday by its army that it had deployed close to 1,000 additional National Guard soldiers in the area.

Maduro has met leaders including Brazilian President Luiz Inacio Lula da Silva this week and said he would talk with the leaders of Chile, Peru and Bolivia in the coming days.

Regional heavyweight Brazil has offered to mediate in the dispute and Lula is due to meet Chavez in Caracas next week before heading to the inauguration of Colombian President-elect Juan Manuel Santos.

Analysts said the Unasur summit was unlikely to risk pre-empting the new president, who is seen as more keen on renewing economic ties with Venezuela than Uribe.

Santos is also touring Latin America to meet leaders ahead of his inauguration but has declined to speak publicly about the dispute.

Chavez says to cut US oil if Colombia attacks