The ruling marks a dramatic escalation of the political crisis gripping the South American oil giant, where Maduro is fighting off attempts to force him from power amid an economic unraveling that has caused food shortages, riots and an epidemic of violent crime. 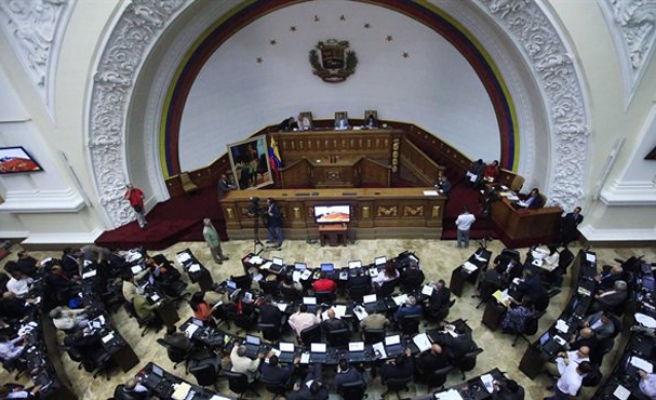 Venezuela's Supreme Court took over legislative powers Thursday, after ruling the opposition-majority National Assembly was in contempt of court in an ongoing power struggle with leftist President Nicolas Maduro.

"As long as the National Assembly's contempt of court and invalidity persist, parliamentary powers shall be exercised directly by (the Supreme Court's) constitutional chamber or by the body it stipulates to safeguard the rule of law," the high court said in the ruling, issued late Wednesday.

The court ruled in August 2016 that the opposition majority in the National Assembly was in contempt for swearing in three lawmakers who were suspended over alleged electoral fraud -- charges the opposition condemns as a trumped-up bid to curb its power.

The main opposition coalition, the Democratic Unity Roundtable (MUD), won a landslide in legislative elections in December 2015 with a promise to oust Maduro.

That forced Maduro and his United Socialist Party of Venezuela (PSUV) to share power for the first time since its founder, Hugo Chavez, surged to power in 1999.

But the Supreme Court -- which opponents say is stacked with Maduro loyalists -- scuttled the opposition's powerful two-thirds majority when it barred the three investigated lawmakers from taking their seats.

Since then, the court has overturned every law passed by the legislature.

Its latest ruling came a day after it stripped lawmakers of their legislative immunity, clearing the way for them to face prosecution.

Maduro has accused opposition lawmakers of treason for asking the Organization of American States to consider suspending Venezuela for violating democratic norms.

Treason carries a prison sentence of up to 30 years in Venezuela.