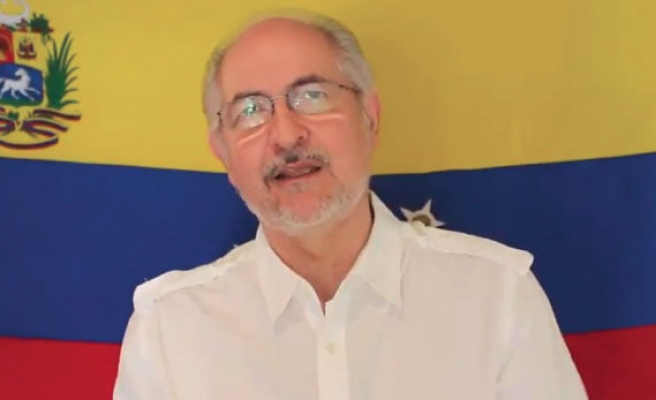 Antonio Ledezma was able to slip security guards and check points before he made it on foot across the Simon Bolívar Bridge that separates the two South American nations.

"It was a film-like journey. Going through more than 29 check points between the National Guard and government police," Ledezma told media at the airport in Cucuta.

He said he planned to travel from there to Bogota and then to Europe.

The 62-year-old opposition leader was detained in 2015 on charges of conspiracy against the government of President Nicolas Maduro, who accused him of being part of an “American” coup. He served months in prison but was placed under house arrest because of health reasons.

Ledezma’s escape was cheered by Luis Almagro, the head of the Organization of American States regional bloc, former Colombian President Andres Pastrana and leaders of the Venezuelan opposition.

The former mayor is "a moral reference of #Venezuela, now free to lead the fight from exile for the establishment of the democratic system in his country," Almagro wrote on Twitter.

"I was sure that Antonio Ledezma would not allow himself to be held hostage to tyranny,” said opposition leader María Corina Machado, who said Ledezma was in jeopardy because he opposed new talks with the government. “I know that his life was in danger because of the position he took firmly and coherently before the pretense of reissuing the false dialogue. Wherever he is, he will fight tirelessly for our freedom" she tweeted.

The government and opposition and set to soon begin talks in the Dominican Republic as Venezuela fights with economic and political crises, including hyperinflation and default on the nation’s foreign debt.

Both sides stand to gain big from the talks with the government wanting help with debt restructure and the opposition demanding guarantees on presidential elections next year.

Venezuela has struggled to implement its socialist agenda with the collapse crude prices. That has helped to escalate the crises into deadly protests with allegations of corruption and mismanagement against the government.

Maduro has countered with charges that Washington and its allies in the region are to blame for his countries woes.