Protests have been taking place across the United States in over what many see as a pattern of callous misuse of lethal force against minority groups. 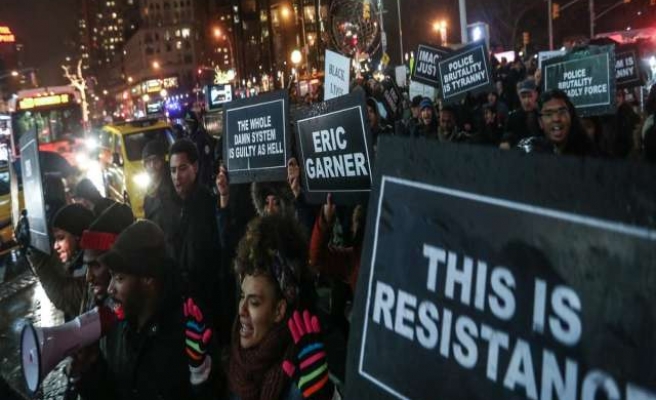 Racism in the United States appears to have worsened during the administration of its first black leader, Venezuela's President Nicolas Maduro said on Saturday.

Maduro, who has come under fire from President Barack Obama's government in recent weeks for his treatment of domestic political foes, said he was appalled by recent cases of police killings of blacks in the United States.

"It's really dramatic," he told TV network Telesur, highlighting the death of Eric Garner, who was caught on video gasping for breath in a policeman's stranglehold, as particularly "brutal."

"It's as if racism has been exacerbated in the United States with the arrival of Obama himself," said Maduro, the socialist leader who succeeded Hugo Chavez last year.

Protests have been taking place across the United States in over what many see as a pattern of callous misuse of lethal force against minority groups.

"I'm sorry because to some extent, I respect Obama personally. But I think he's a hostage of the real powers in the United States, and he decided not to fight. He's tired, exhausted," Maduro said.

In a continuation of fractious U.S.-Venezuelan ties since Chavez took power in 1999, Obama officials have criticized this year's jailing of protest leader Leopoldo Lopez since February, and this week's indictment of another opposition figurehead, Maria Corina Machado, accused of plotting to kill Maduro.

The Venezuelan leader said that was hypocritical, and made an unspecified allegation against the U.S. embassy in Caracas.

"They are behaving dangerously. The U.S. embassy's meddling is starting to become intolerable," he said.

In the lengthy TV interview, Maduro also railed against international credit agencies for rating Venezuela as one of the most economically risky nations.

OPEC member Venezuela has seen bond prices fall, credit costs rise and speculation of default emerge this year amid an economic slowdown exacerbated by the declining price of oil.

Maduro said that despite the "ups-and-downs" of Venezuela's economy, it was still a wealthy country which had the world's largest oil reserves and had paid $12 billion in foreign debt this year.

Its poor credit ratings were, he said, part of an international campaign against his government.

"Venezuela is rated as one of the riskiest countries in the world for no reason, as a result of this global war by the elements of international power," he said, complaining that its ratings were worse than African nations afflicted by war and Ebola.

"There's no financial logic to it."