Faneitte, 56, lives on the 18th story of a decrepit building in downtown Caracas. In her fridge there is only water. Meat is a luxury of the past because of inflation that the IMF projects will hit 2,300 percent in 2018. 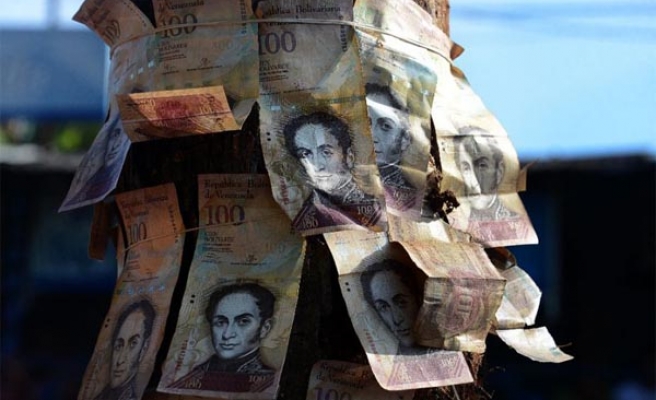 Luber Faneitte has lung cancer but there's no medicine to treat it. She cannot make ends meet. Crime is rampant in her neighborhood.

And she fears that if Venezuela defaults on its $150 billion debt, which is considered likely, things will get worse.

"We get by on grain, and that is just when we can get it. We make a kilo last two or three days," Faneitte told AFP.

She is on disability from her job as a civil servant and survives on a bare pittance, equivalent to $8.70 per month.

She depends on food the government sells once a month at subsidized prices to offset the shortages of just about everything.

Last time she brought home two kilos (4.4 pounds) of beans, a kilo of rice, two liters (quarts) of cooking oil, a kilo of powdered milk and four kilos of flour.

But it went fast. Faneitte lives with a daughter and four grandkids. They all depend on her income.

Cendas, an NGO that monitors the cost of living in this oil-rich but now destitute nation, says that in September it took six times the minimum wage to provide for the average family.

Although she has nothing to cook, Faneitte leaves the gas stove running to save on matches.

The faucet drips, day and night. But she has no money to fix it, and water -- like other utilities -- is practically given away by the government.